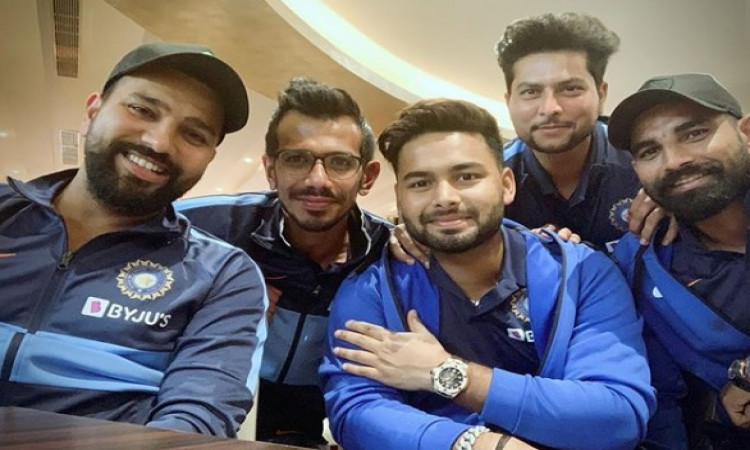 New Delhi, Jan 21:  Indian opener Rohit Sharma was at his witty best as he trolled his team-mate Yuzvendra Chahal after the leg-spinner's shirtless picture was compared to Dwayne 'The Rock' Johnson on social media.

Following India's emphatic ODI series win over Australia, the 32-year-old star Indian opener tweeted a photo of Johnson along with a shirtless picture of Chahal and wrote: "Best picture I saw today.

"India wins the series but someone else takes the headlines. Bravo Yuzvendra Chahal!!"

Chahal also replied saying "The rock" along with a flurry of emojis.

Rohit was in fine form during the recently-concluded ODI series against Australia. In the series decider, the Mumbai batsman scored his 29th ODI century, his eighth against Australia, as the Men in Blue defeated the Aaron Finch-led side by seven wickets in Bengaluru.

Chahal didn't get a game in the three ODIs against Australia. However, he had to break a lot of sweat on the field as the 12th man during the three matches.

Team India on Monday left for New Zealand where they will be playing five T20Is, three ODIs and two Tests beginning Friday at Eden Park.

Best picture I saw today. India wins the series but someone else takes the headlines. Bravo!! @yuzi_chahal pic.twitter.com/dN0RXh05q9