India Will Get Smoked In Tests If They Don't Succeed In ODI & T20Is, Says Michael Clarke

India will get "smoked" in the forthcoming four-match Test series if Virat Kohli doesn't set the tone in the limited-overs fixtures before his departure from Australia, believes former skipper Michael Clarke. 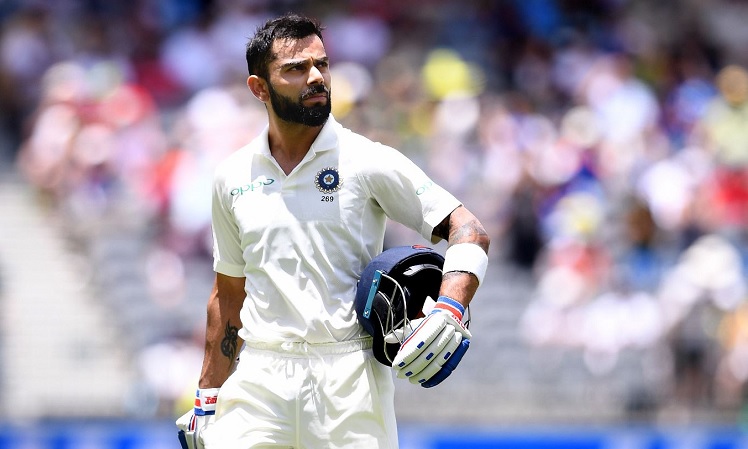 Kohli will lead India in three ODIs, three T20Is and the first Test of the four-match series before he returns to India to be with his wife Anushka Sharma who is expecting their first child.

"These one-dayers and these T20Is is where Virat Kohli can really stand up and lead from the front. I think the tone he sets with this team will play a big role when he leaves, after the first Test match," Clarke said on 'Sky Sports Radio' on Tuesday.

"If India don't have success in the one-dayers and the T20s, they are in deep trouble in the Test matches and they'll get smoked 4-0, in my opinion," he added.

According to Clarke, Indian pace spearhead Jasprit Bumrah needs to play aggressively against Australia which will have a much stronger batting unit in comparison to 2018-19 with the return of Steve Smith and David Warner.

"He's (Bumrah) quick, he's got a really different action, so I think he needs to set the tone and be really aggressive to the Australian batters. Even to someone like Steve Smith, he's got to use that short ball consistently and regularly, as Jofra Archer did to Steve Smith in the Ashes," Clarke said.

"They've got to take the Aussies on and those two players are India's best two players to be aggressive to the Australians," he added.

Meanwhile, Cricket Australia Chief Executive Officer (CEO) Nick Hockley on Tuesday confirmed that the first Test of the Border-Gavaskar Trophy will be held as per schedule at the Adelaide Oval from December 17 to 21.

The three-match ODI series begins this Friday at the Sydney Cricket Ground.