India was too dependent on Sachin Tendulkar in the 90s, says Sanjay Manjrekar 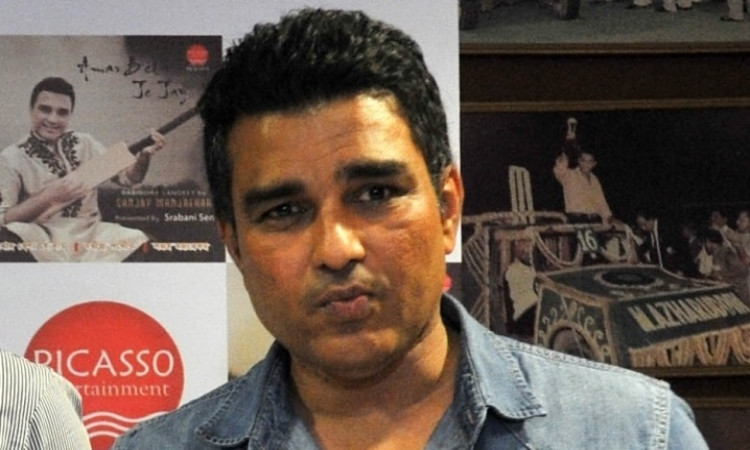 New Delhi, May 18:  Cricketer-turned-commentator Sanjay Manjrekar believes the Indian team during the 1990s was too much dependent on Sachin Tendulkar who went on to become one of the best batsmen ever to have graced the sport.

Tendulkar made his international debut in 1989 against Pakistan and represented India in 664 matches, scoring over 34,000 runs.

Also Read: Leave Kashmir alone, do something for your failed nation: Suresh Raina to Shahid Afridi

"Sachin Tendulkar the batsman made his debut in 89. In just about a year, he got an 80 in New Zealand, he got his first hundred in England and by 91/92, the world was looking at him as a world class player. The age was always a factor, just 17 years old. And the way he was dominating quality attacks. For us in the team, there was no doubt that this guy was in a different league," Manjrekar said on Sunday while speaking to Ravichandran Ashwin in ‘Reminisence with Ash' show on Instagram.

"Unfortunately, by 96/97, the team was really too dependent on Tendulkar. Because, you know, he was damn consistent. And he was India's first batsman who was able to dominate and hit good balls for runs.

"Until then, India was about defensive batting and putting the bad balls away, like Sunil Gavaskar. A couple of sessions of giving respect to the bowler and then, you know, as they tire out, you get a loose ball and you score off it. Sachin would hit a good ball from a quality bowler on the up for four," he added.

The 54-year-old also said that Tendulkar's greatness came to the fore at that time because his failure with the bat was rare.

"Sachin's greatness at that time was that his failures were so rare and right through his career. That is a hallmark of a great batsman. Sachin getting out was a very rare thing," Manjrekar told Ashwin while discussing India's semi-final defeat to Sri Lanka in 1996 World Cup.

Manjrekar, who is now a renowned broadcaster, also said that cricketers on the field are sensitive and hence are unable to ignore the criticism made by the commentators.

"Players are sensitive. I used to be sensitive. When Dilip Vengsarkar criticized me in his column, I slipped a note under his door, trying to counter all his observations. So I don't hold it against players when they react. When Sachin Tendulkar reacted to a column I had written as well, I kept quiet," Manjrekar said.

The former India batsman further said that players should not consider commentators as important and instead focus on their performances. "The best way for players to deal with people like us is to look at us as garnish. We are unimportant. They are the players, their performances are all that matter. Nobody is going to be dropped because Manjrekar said so."

During the chat session, Ashwin asked Manjrekar: "Is there a possibility that you sometimes see cricketers with a critical eye because of what you expected of yourself as a cricketer and you now want to be the Sachin Tendulkar of broadcasting?"

In reply, Manjrekar said: "If I did something wrong, it's because I tried too hard. I try to stay true, there is no agenda (against any player)."

"I know my boundaries. That's why I'm still around. Otherwise I would have been finished as a commentator five years ago. But Indian fan following is unique. They love somebody so much that they don't want someone like me finding flaws with him," he added.