India will be playing England in a three-match ODI in Pune starting 23rd March. The hosts are coming from a successful T20I series win against the visitors and will be looking to continue with the momentum. 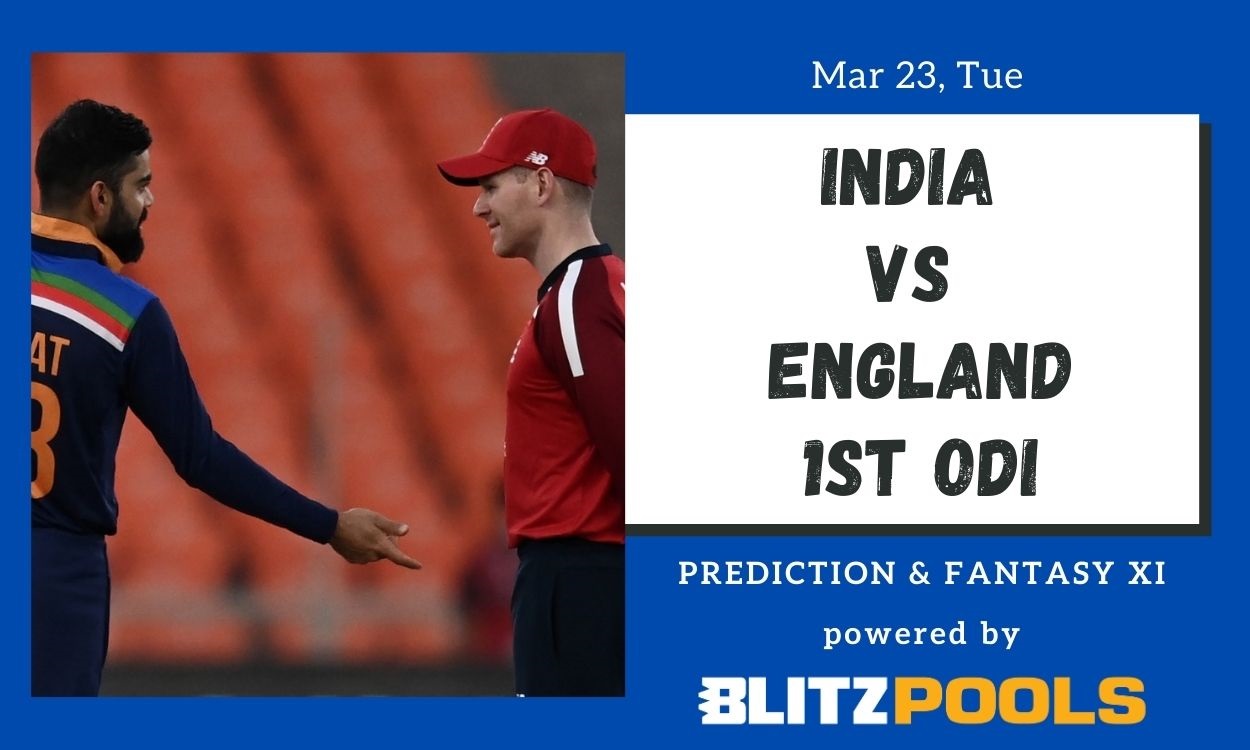 The focus will be on the Indian openers Shikhar Dhawan and Rohit Sharma, who will be pairing up after over a year in ODI format. While Rohit is in good form lately, Dhawan got dropped after one poor inning in 1st T20I. Shreyas Iyer will be the likely number 4 while Virat Kohli if fit, will bat at number 3 meaning no place for Suryakumar Yadav in the first game.

Hardik Pandya had an outstanding ODI series in Australia and will be India's key player since he has added bowling back into his arsenal. Krunal Pandya might get to play along with Washington Sundar considering India's pattern of choosing spinning allrounders.

There will be a toss-up between Yuzvendra Chahal and Kuldeep Yadav in which the former is likely to get the chance in the playing XI. Bhuvneshwar Kumar will be leading the pace attack with T Natarajan the likely second pacer.

England will be missing Joe Root at number 3 and Liam Livingstone is likely to bat at that position. Jason Roy and Jonny Bairstow will be opening the batting. Moeen Ali is likely to be included in this match.

Reece Topley and Mark Wood will be the two pacers taking the new ball while Ben Stokes being the third pacer.

India has been the successful team so far in this series however England has been a tough competitor, especially in the limited-overs format. The ODI series could be another hard-fought series going into the series decider.