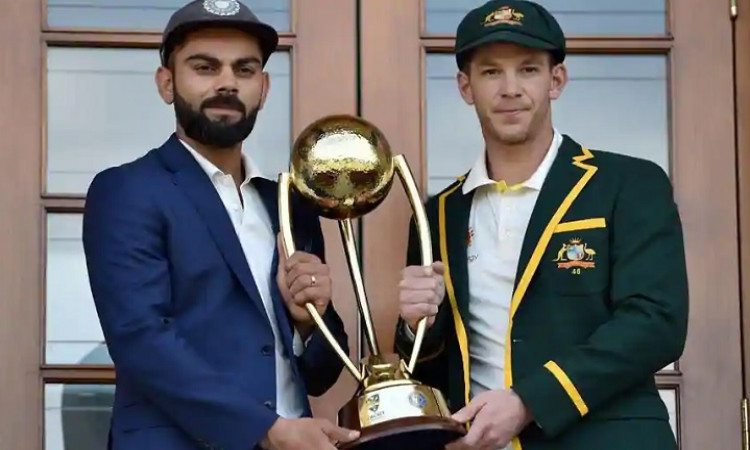 Melbourne, May 28: India will be playing their first pink-ball Test on foreign soil against Australia at the Sydney Cricket Ground (SCG) from January 3-7, 2021 during the four-match Border Gavaskar Trophy slated to start towards the end of the year.

Cricket Australia on Thursday announced a full international schedule for the 2020-21 summer, underlining the organisation's growing confidence that the season will be able to proceed amid loosening COVID-19 restrictions.

Also Read: Brian Lara admitted that he struggled against me, claims Mohammad Hafeez

India will begin the defence of the Border-Gavaskar trophy in Brisbane which will host the first Test at the Gabba from December 3-7, followed by second in Adelaide (December 11-15), third in Melbourne (December 26-30) and fourth in Sydney (January 3-7).

Australia have played seven day-night Tests so far and have registered victories in all those matches. India, on the other hand, have played just one pink-ball Test against Bangladesh in Kolkata which they won comprehensively within three days.

"The Australian men's team recently claimed the No. 1 Test ranking after India had held top spot for almost four years. The Border-Gavaskar series is one of international sport's great rivalries and this will no doubt be another enthralling chapter," said Cricket Australia CEO Kevin Roberts in an official statement.

India, under Kohli in the 2018/19 series, became the first Asian side to beat Australia in a Test series in their own den. The series featured stellar performances from batsmen Cheteshwar Pujara, Rishabh Pant and Kohli and the fast bowling battery featuring Jasprit Bumrah, Mohammed Shami and Ishant Sharma.

Australia were without the services of Steve Smith and David Warner in the last series as both were serving their bans handed by Cricket Australia for their involvement in the Sandpaper Gate controversy. However, the duo would, in all likelihood, be in the squad, thus providing strength to the batting unit of Australia.