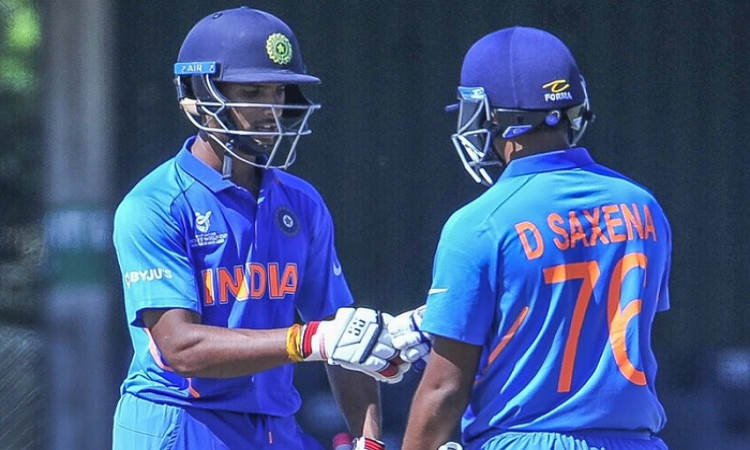 East London, Dec 27:  India has begun its preparations for next month's U-19 World Cup on an emphatic note as they defeated South Africa by nine wickets in the first youth ODI here.

After bowling out South Africa on Thursday for a mere 187 at the Buffalo Park, India came out with a solid batting performance and chased down the target with 45 balls to spare.

Electing to bat, the hosts dished out a below par performance as almost all their batsman, except Luke Beaufort, failed to get going and couldn't convert their starts into big scores. Beaufort was the top scorer for South Africa as he played a patient knock of 64, consuming 91 balls.

Ravi Bishnoi was the pick of the bowlers for India as he scalped three wickets, while Kartik Tyagi, Shubhang Hegde and Atharva Ankolekar picked up two wickets each.

Chasing the small target, Divyaansh Saxena (86 not out) and N Tilak Varma provided the visitors with a perfect start as they shared a 127-run stand to almost seal the deal for their team.

Varma was dismissed by Achille Cloete after scoring 59. However, Saxena (86 not out) was not affected by the wicket and along with Kumar Kushagra (43 not out) helped India reach the target with utmost ease.

The two teams will meet again in the second game of the three-match series on Saturday.