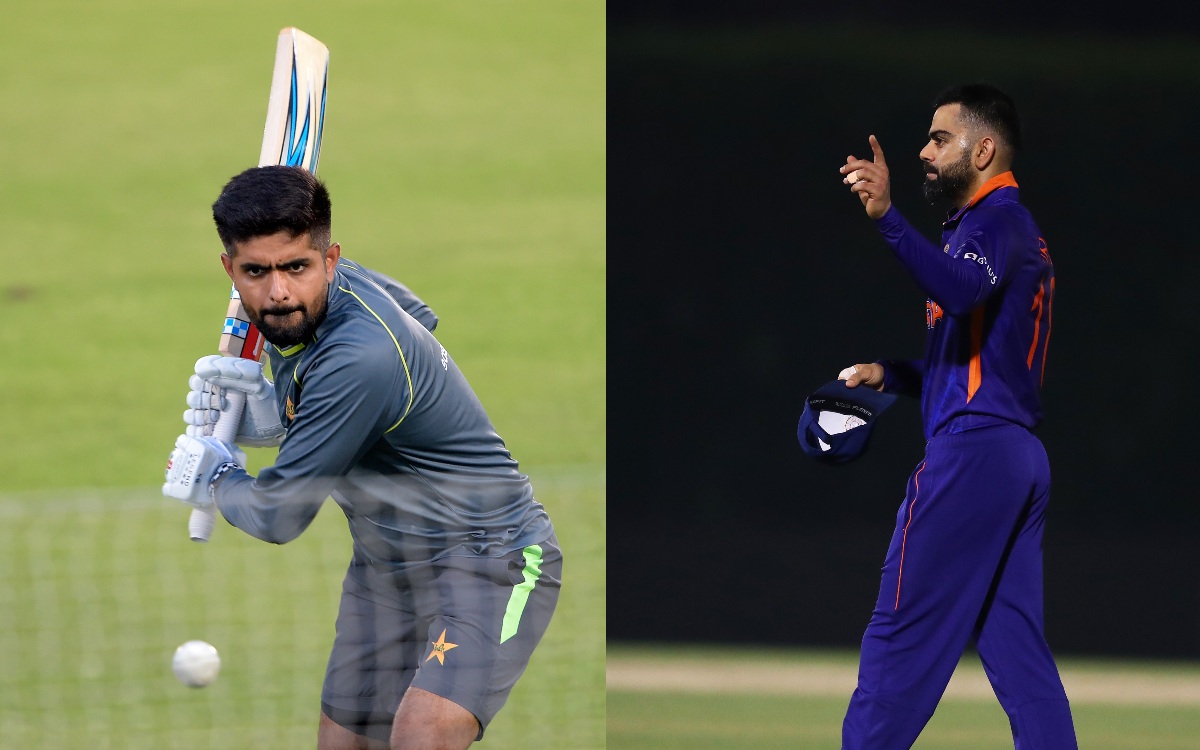 India last hosted Pakistan in a bilateral series in 2013 and the teams now meet only in global tournaments. The two teams last met in the group stages of the 2019 ICC Cricket World Cup, with India convincingly defeating the old rivals to maintain their undefeated streak in World Cups.


Spotlight Will Be On Rohit & Rizwan Instead Of Kohli & Azam, Says Former Pakistani Cricketer

The two arch-rivals have met each other five times at a T20 World Cup and 'Men in Blue' have won on all the occasions. However, a new day awaits for both the teams on October 24 and they will have an equal chance to win.

Both teams come into the match with decent practice under their belt, having played two warm-up matches each. Pakistan beat West Indies by seven wickets in their first match before losing to South Africa off the last ball in the second. India, the 2007 champions, on the other hand, won both their warm-up matches, beating England and Australia.

Both teams are full of talented T20 players who can single-handedly win games for their sides on any given day.

For Pakistan, captain Babar Azam, wicketkeeper Mohammad Rizwan, and Mohammad Hafeez will be key in the batting while the likes of Shaheen Afridi, Hasan Ali, Imad Wasim, and Shadab Khan will look to trouble the Indian batters.