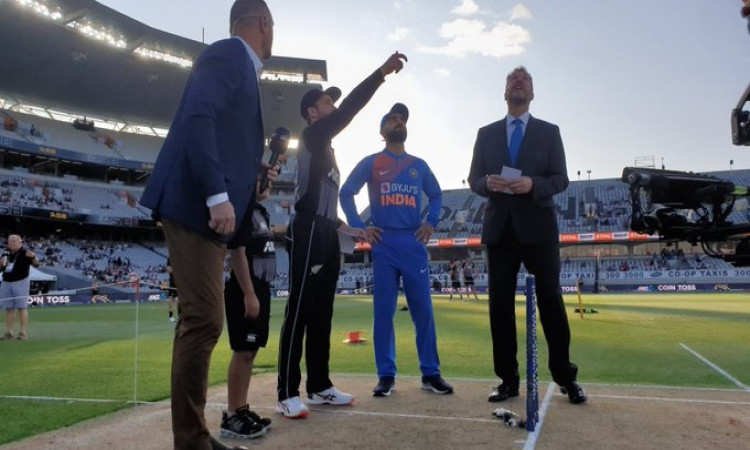 Auckland, Jan 24:  India skipper Virat Kohli on Friday won the toss and elected to field in the first T20I of the five-match series against New Zealand at the Eden Park.

"We're going to have a bowl first. It looks a nice pitch to bat on. It might be hard to pick the ball up initially due to twilight. We're pretty much fine (from the travel) but we're fine now. We've played 50-over cricket (heading to this series) and are ready for T20 cricket," said Kohli.

"The character to bounce back from difficult situations gives us an edge in alien conditions. We just got to come out and play with belief in our abilities," he added.

New Zealand captain Kane Williamson said: "It was a 50-50 decision with the track being used. We would want to get some runs on the board first and then defend it."

"It's a fantastic opportunity against one of the best sides, if not the best sides. It's a chance for us to become a better side and execute our plans," he added.