India look to test bowling bench strength ahead of WT20 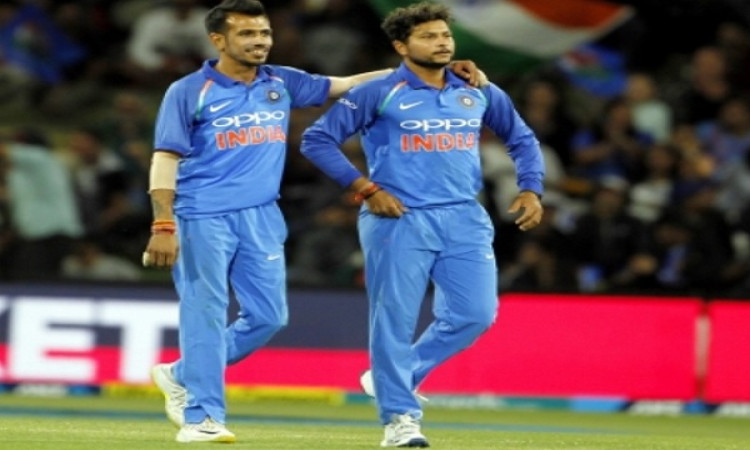 Kolkata, Sep 24 The buzzword for Team India this season has been 'Misson 2020' and increasing the pool of players keeping in mind the T20 World Cup next year.

The Indian team management led by skipper Virat Kohli and head coach Ravi Shastri have maintained that they want to find the right balance leading up to the 2020 World Cup in Australia in October-November and for that they are willing to chop and change the squad.

India have been looking to bat deep and post 200 plus totals and get consistent about it, much like the template world champions England adopted with considerable amount of success in white-ball cricket.

They are also willing to pay any price in order to achieve that as was amply underlined when wrist spinners Kuldeep Yadav and Yuzvendra Chahal were not kept in the mix for for two straight T20I series, including the just concluded home assignment against South Africa which ended in a 1-1 draw.

Ahead of the opening T20I in Dharamsala which got washed out, Kohli had said the team is trying out the likes of Rahul Chahar and Washington Sundar in a bid to bat deep.

"If all teams across the world are batting till No. 9, 10 why can't we?" Kohli had said ahead of the series. Kuldeep and Chahal, fondly called 'KulCha' of Indian cricket, have been regulars in limited overs cricket tasting quite a lot of success over the past 24 months.

But since the 50-over World Cup where the duo were not always played in tandem, India have preferred to go with Ravindra Jadeja and Krunal Pandya besides regular spinners considering their batting skills.

Rahul Chahar has also found a place in the team due to his exploits in the Indian Premier League and as Kohli and Shastri have maintained, he only adds to the depth in India's arsenal going ahead.

While Kuldeep-Chahal's exclusion is similar to how Ravichandran Ashwin and Jadeja were shown the door in the shorter formats following the 2017 Champions Trophy, with Jadeja making a comeback, the case of experimenting has also seen the likes of Jasprit Bumrah, Mohammed Shami and Bhuvneshwar Kumar making way for Deepak Chahar, Khaleel Ahmed and Navdeep Saini.

"This is the template we want to follow before the World T20. We should be able to find the answers," Kohli said after the third T20I in Bengaluru which India lost by nine wickets. South Africa's cause was aided by India's strategy, which was drawn up with one eye on next year's World Cup.

Despite no team ever opting to bat first in six previous T20Is at the M.Chinnaswamy Stadium, Kohli took the plunge saying they wanted to improve on their weaker suit -- setting targets and defending them.

India did not succeed on this occasion as they were outplayed by South Africa on all fronts after they took a 1-0 lead in Mohali. "We will have odd games like these as well, we have got to understand that this is a young side as well," Kohli said.

"I think we will have to give them a bit of time to come together. We batted till 9, so that's one area we are looking to strengthen and go into the big tournament with the best possible combination."

Time will tell whether this ploy will work or not, but for the moment it is too early to judge with the two T20I series gone by. In the Caribbean, West Indies were no match for India as they won the series 3-0. But when tested, the new-look side stuttered against South Africa in their own lair, but we will have to wait a little longer to see if their plan clicks and we get a wider pool of players ahead of the World Cup.