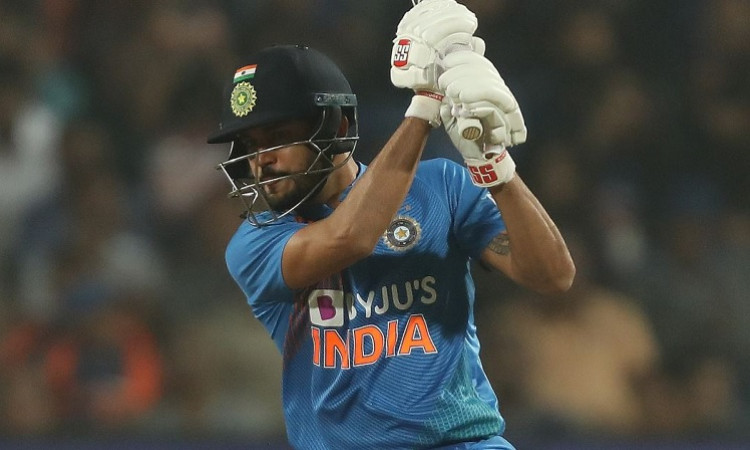 "India has finally got Dhoni's replacement. They have found a good fit in Manish Pandey. Shreyas Iyer too looks a complete player and these add depth to India's batting," he said.

Dhoni has not played for India since the 2019 World Cup semi-final loss to New Zealand. He recently was not included in the BCCI central contract list for October 2019-September 2020 period.

"These players have played a lot in the IPL, they know how to handle pressure, they do not care about big names and hence, end up playing important innings," Akhtar said about Iyer and Pandey.

Pandey couldn't contribute much with the bat in the three ODIs as the top-order comprising of Virat Kohli, Rohit Sharma, KL Rahul and Shikhar Dhawan, got the job done for India in the last two matches after the Men in Blue faced a drubbing in Mumbai.

However, he grabbed the limelight for his spectacular fielding skills in the series. In the Rajkot ODI, Pandey took a stunning one-handed catch to dismiss David Warner.

India have now left for New Zealand where both the teams will be contesting in five T20Is, three ODIs and two Test matches.