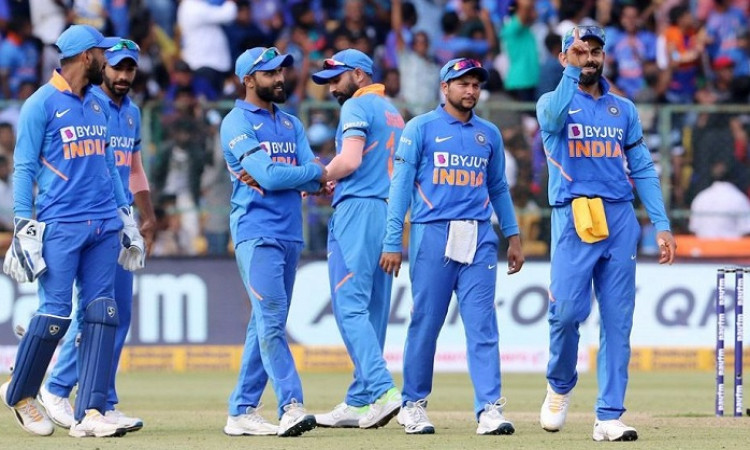 New Delhi, Jan 20:  Former Pakistan fast bowler Shoaib Akhtar believes the three-match ODI series between India and Australia was a "battle of pride" in which Virat Kohli and men "hammered and bullied" the visitors.

After a thumping 10-wicket defeat in the first ODI in Mumbai, Team India came back strongly and registered comprehensive victories in the next two games in Rajkot and Bengaluru to clinch the series 2-1.

In the series decider, India rode on brilliant performances from Rohit Sharma, Mohammad Shami and Kohli as they defeated Australia by seven wickets on Sunday.

"Virat Kohli is an exceptional leader. He is very tough mentally. He knows how to mount comebacks. His boys know it as well. He doesn't give up after setbacks," said Akhtar on his Youtube channel.

"Then if you have talents like Rohit Sharma, Shikhar Dhawan, Shreyas Iyer and K.L. Rahul, then you know that if you have got the opposition out for less than 300, that too in Bengaluru, then you forget about stopping that chase," he added.

The former Pakistan speedster further said the current Indian team is a new one which plays fearless cricket who seem to have all their bases covered.

"It was a battle of pride. This is a new Indian team, not like my playing days. To win the series after losing the 1st match so comprehensively was quite difficult. In Chinnaswamy, basically India bullied and hammered Australia; it was like playing with boys," said Akhtar.

Akhtar reserved special praise for Rohit, who scored his eighth ODI century against Australia and made sure his team avenged the loss of their last-home series defeat.

"When Rohit is on song, he doesn't care whether it's a good/bad ball. It comes very naturally to him. On pitches like Chinnaswamy, he becomes ruthless. Australia got a taste of their own medicine, like when they used to have a great team. Today, the tables are turned," said.