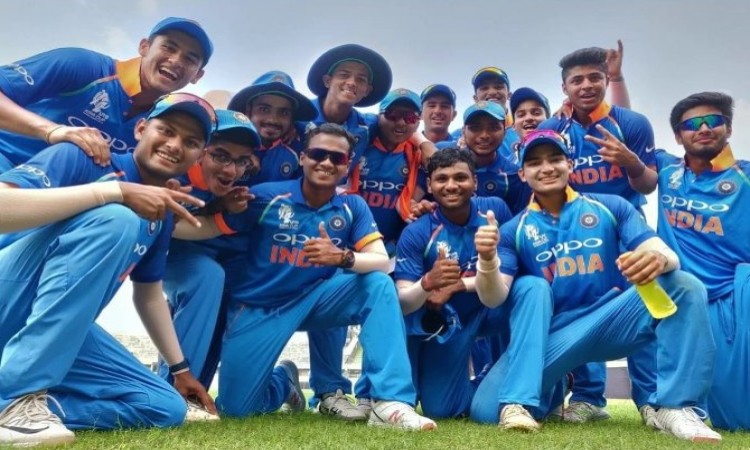 Dhaka, Oct 7 (CRICKETNMORE): India rode on an all-round show to crush Sri Lanka by 144 runs to bag the Under-19 Asia Cup 2018 title at the Shere Bangla National stadium here on Sunday.

Also Read: What a practice series ahead of Australia tour!

Opting to bat first, good contributions from the top and middle order helped India put a challenging 304/3 in 50 overs.

Openers Yashasvi Jaiswal (85) and Anuj Rawat (57) took India to a flying start as they added 121 runs in 25.1 overs. After Anuj's fall, Devdutt Padikkal chipped in with 31 runs.

Yashasvi was the next to be dismissed in the 38th over as Indian scorecard read 180/2 and was followed by Padikkal 14 runs later.

However, captain PrabhSimran Singh and Ayush Badoni remained unbeaten on 65 and 52 runs respectively as India put a decent target on board.

In reply, Sri Lanka were off to a disastrous start and kept on losing wickets at regular intervals, thanks to left-arm spinner Harsh Tyagi's 6/38.

Sri Lanka never looked in control as other than Nishan Madushka (49) and Navod Paranavithana (48), all other batsman failed to put up a show against a lethal Indian bowling attack.

Sri Lanka could only manage to reach 160 runs as the entire team collapsed like a pack of cards, facing only 39 overs.