India have consolidated their position at the top of the ICC World Test Championship, reaching 360 points after completing a 2-0 series victory over Bangladesh. 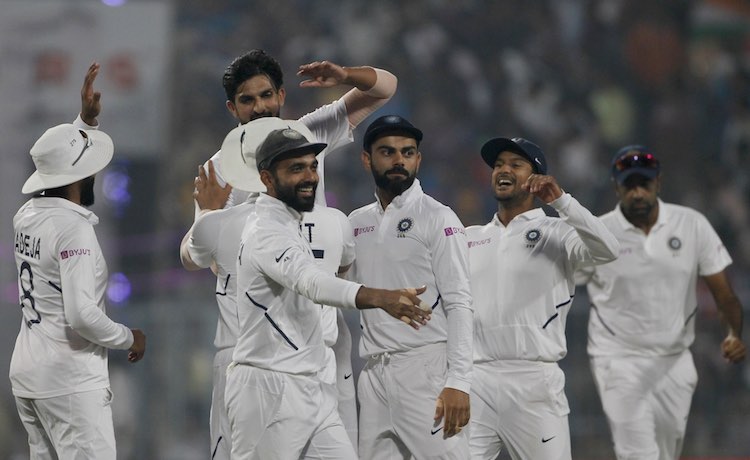 India have yet to drop a point in the nine-team championship. They won 2-0 in the West Indies and beat South Africa 3-0 in a home series before completing their third series win in the day-night Kolkata Test.

Each series is worth 120 points with the points distributed evenly over the number of matches in a series.

Australia are on 116 points after winning the first match of their ongoing Test series against Pakistan. Australia and England had earlier settled for 56 points each from their five-match Ashes series, which ended in a 2-2 draw.

Sri Lanka and New Zealand are on 60 points each after drawing their two-match series 1-1. Pakistan are playing their first WTC series Down Under, while Bangladesh, West Indies and South Africa failed to get any points in their opening series.