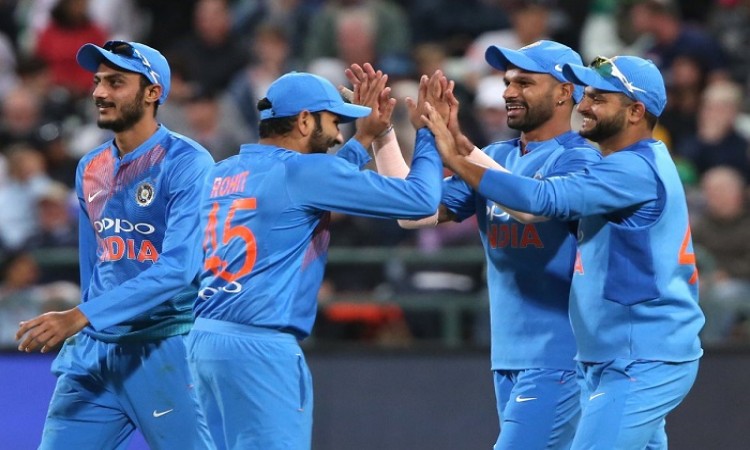 The match came alive in the last seven overs as Jean-Paul Duminy and debutant Christiaan Jonker took the battle to the Indian bowlers.

The hosts were struggling at 79/3 after 13 overs when Duminy and decided to change gears with a 30-run stand which came off just three overs.

Although Duminy fell after scoring 55 runs off 41 deliveries, Jonker continued to trouble the visitors with some superb strokeplay.

Jonker smashed his way to 49 runs off just 24 balls and almost took the hosts to victory before falling off the last ball of the match.

For India, fast bowler Bhuvneshwar Kumar picked up two wickets while Jasprit Bumrah, Shardul Thakur and Suresh Raina got a wicket each.

Earlier, India posted a competitive total of 172/7. Rookie South African pacer Junior Dala came up with an excellent performance in what was the second T20I of his fledgling career with figures of 3/35.

The two of them added 65 runs between them off 49 deliveries which provided a strong platform to the visitors' innings.

Asked to bat first, the Indians started their innings on a promising note with Rohit Sharma smashing two back to back boundaries off Chris Morris in the opening over.

But Dala dismissed him early for the second consecutive match when excellent off the the pitch movement and some poor footwork saw the Indian stand-in captain being trapped leg before in the second over.

Raina brought the innings back on track with a power packed 27-ball innings which included five boundaries and a six. He fell in the 10th over to Shamsi when he failed to clear the long-on boundary and was caught by Farhaan Behardien.

The in-form Manish Pandey did not last long, falling to a short-pitched delivery from Dala which cramped him for space and his mistimed pull holed out to David Miller at long-on.

Dhawan also fell soon after when an accurate throw by Dala from deep mid-wicket caught him short of his crease.

The visitors kept on losing wickets at regular intervals but managed to reach a competitive total.