India be silly not to pick Karthik for World Cup,says Jacques Kallis

New Delhi, April 12 (CRICKETNMORE):  The Indian national selectors are set to meet in Mumbai on Monday to pick the squad for the 2019 World Cup and the topic high on everyone's list is whether M.S.K. Prasad and team will go with Dinesh Karthik or Rishabh Pant as the second wicket-keeper and batsman for the showpiece event. 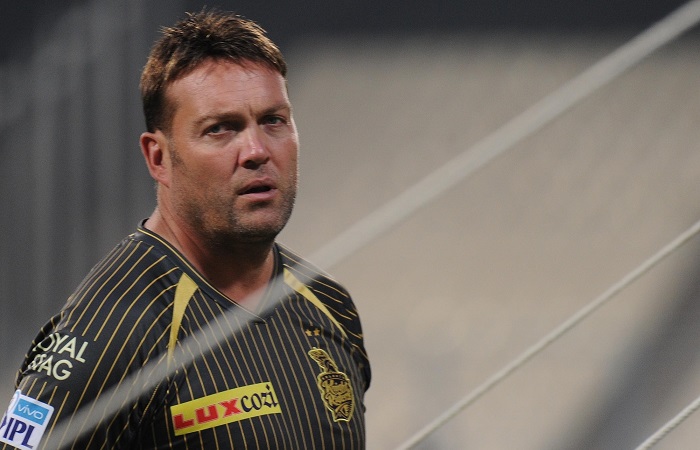 Speaking to IANS, Kolkata Knight Riders coach Jacques Kallis said that if he was the selector, he would pick Karthik. While many would think the former South Africa all-rounder would be biased about the KKR captain, Kallis explained his choice.

"I would pick DK for his experience, in the World Cup you need experience. He knows how to play situations and he can control the middle-order and bat at a good rate. Not too many dot balls and India would be silly if they didn't pick him," he said.

Coming to KKR, one man who has dominated the show this season is all-rounder Andre Russell and Kallis feels that the player has learnt the art of playing situations and that has made him all the more dangerous this year. In fact, he even added that the West Indian is a bigger hitter than the legendary Viv Richards.

"He has been really good. He has come up leaps and bounds in the last year. He has learnt a lot about his own game and the nice thing is that he can now play different situations a lot better. He wants to do well and is hungry to do well and that is an asset for the coach. Other guys want to emulate him.

"It is difficult to compare eras. Obviously Viv at his time was way ahead of the rest, but probably not as good as Andre Russell. But like I said, it is not fair to compare eras as conditions change, the way the game gets coached changes.

"However, in terms of hitting I think Andre is the best I have seen. Certainly hits the ball powerfully and got a great technique for that, and has worked hard on it. On his day he is a difficult batsman to bowl to as he can hit you no matter who you are," he pointed.

Despite having quality performers like Russell and DK among others, Kallis makes it clear that there is no place for ego in this outfit. "We choose guys for a specific role and then want them to go out and perform well.

"We don't want any egos here and that has worked pretty well for us. The guys get on well with each other and that is very important. No matter how good cricketers they are, a bigger role is how they fit in and that has worked well. Each guy knows his role," he said.

There have been a lot of talk about the kind of wickets that have been prepared in Chennai and the way the bowlers have dominated, but Kallis believes that it is not about whether bowlers get to dominate or batsmen. For him, it is about keeping a good balance between bat and ball.

The Knights have been strangely inconsistent this season and will need to tighten the screws if they are to qualify for the playoffs comfortably, but Kallis doesn't wish to think too much about the points table.

"We are not worried about how many games we need to win. We will take one game at a time and try and win every game. We are not a side which worries too much about the table. We let the field stuff to take care of itself," he said.