Kolkata, March 29 (CRICKETNMORE): Former Australia opener and Kolkata Knight Riders (KKR) assistant coach Simon Katich on Tuesday said that regardless of what happened between India and Australia off the field in the just-concluded bilateral Test series, the cricket on display over four matches will be what the ties will be remembered for. Commentator Harsha Bhogle all but confirmed to return on air for IPL 10 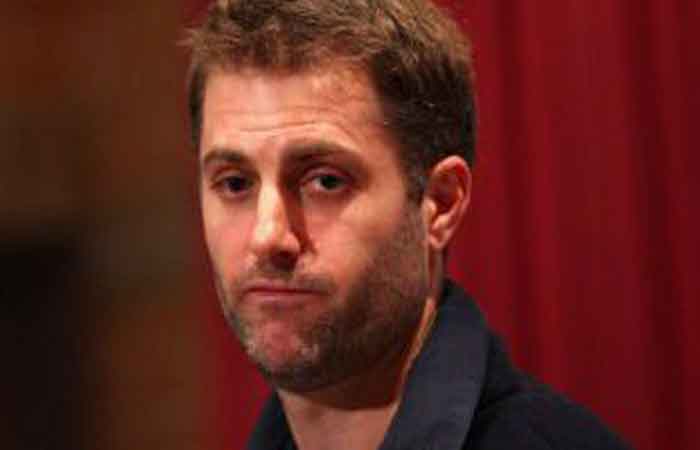 India won the four-match series 2-1 with their eight-wicket triumph in Dharamsala being the final frontier. But verbal duels between both camps took the attention off the field somewhat with home skipper Virat Kohli going on to say that "Australian cricketers are no longer friends".

Asked to comment on that statement, Katich raised an eyebrow, saying that it was news to him.

"Did he say that? That's news to me," he said. "Regardless of what happened at different times, sometimes that happens in Test cricket you know.

"Emotions get heated and players do get carried away, but you would like to think that it was a fantastic cricket series and that's what it will be remembered for," Katich told reporters after KKR's practice session ahead of the 10th edition of the Indian Premier League (IPL) at the Eden Gardens here.

The southpaw, who has played 56 Tests for his country scoring 4,188 runs, heaped praise on the Australian side for their spirited show despite being a young side.

"It was a fantastic cricket series. I was fortunate to be there in the first two Tests. I thought Australia played really well. They are a young team and put up a lot of fight but unfortunately they fell on the final hurdle," he said.

"I think they deserve a lot of credit for showing a lot of fight in this series."

Katich said that India showed why they are the top-ranked Test team in the world by coming back to win the series after being down and out in the first Test in Pune where they lost by a huge margin of 333 runs.

"India deserve a lot of credit for fighting back. After being comprehensively beaten in Pune and looking down and out, also in Bengaluru after that first day, they dug deep and showed why they are the No. 1 team in the world," he said.

KKR meanwhile practised under lights for almost three hours. Skipper Gautam Gambhir was seen batting in the nets for long on his first day here, and later was involved in a long conversation with Katich.

Quizzed if he felt the India opener looked rusty, Katich said, "Not rusty. Players need to adapt to different formats. It's not so much about the technique but the mindset. So that's something we have spoken about."

Katich agreed the void of West Indian all-rounder Andre Russell, who has been banned from cricket for a period of one year for a doping code violation, will be difficult to fill and that there are a number of players looking to fill in his big shoes.

England all-rounder Chris Woakes is a player Katich is putting a lot of expectation on.

"Chris Woakes was picked up in the auction and he has been in very good form for England. Probably he is a different style of player to Andre Russell, but his role with the new ball will be crucial as will be his wicket taking abilities with the new ball. He is also a very good batsman," he said.

"Chris Lynn will also be in our plans. He has been in good form not only in the Big Bash but in the Caribbean Premier League as well. They are a number of guys we will look at to cover Russell's hole."

Katich said that both paceman Umesh Yadav and left-arm wrist spinner Kuldeep Yadav, both part of India's Test team that beat Australia, will have big roles to play for the men in purple.

"With the depth in squad we have, it's going to be tough to pick teams."