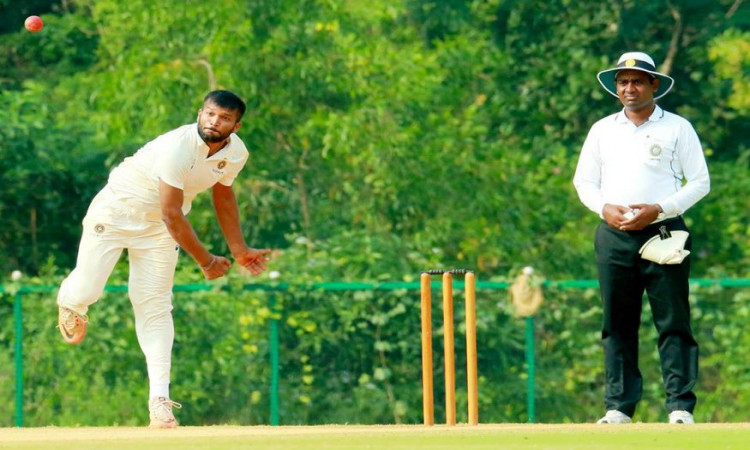 Thiruvananthapuram, Sep 11: India A inched closer to victory against South Africa A in the first unofficial Test as they reduced them to 179/9 in the 20 overs of play which was possible due to rain on Day 3 here on Wednesday.

Resuming at 125/5, two sessions were lost due to rain. But that did not impact India'a chances as the Proteas were reduced to 179/9 in the last session, with a lead of just 40.

The last-wicket pair of Lutho Simpala and Lungi Ngidi were at the crease when bad light stopped play.

Jalaj Saxena, whose unbeaten 61 helped India A open up a 139-run first innings lead, starred with the ball too picking up two of the four wickets to fall in the day.

Shahbaz Nadeem removed Dane Piedt to snare his third scalp in the innings, while the other wicket, that of Wiaan Mulder for 46, the first of the day - came due to a direct hit from Ricky Bhui.

For the tourists, Heinrich Klaasen was the top scorer with 48.