India were 63 for no loss at tea, in reply to England's first-innings' 396 for nine wickets declared, on the second day of the one-off Test here on Thursday. At the break, openers Shafali Verm 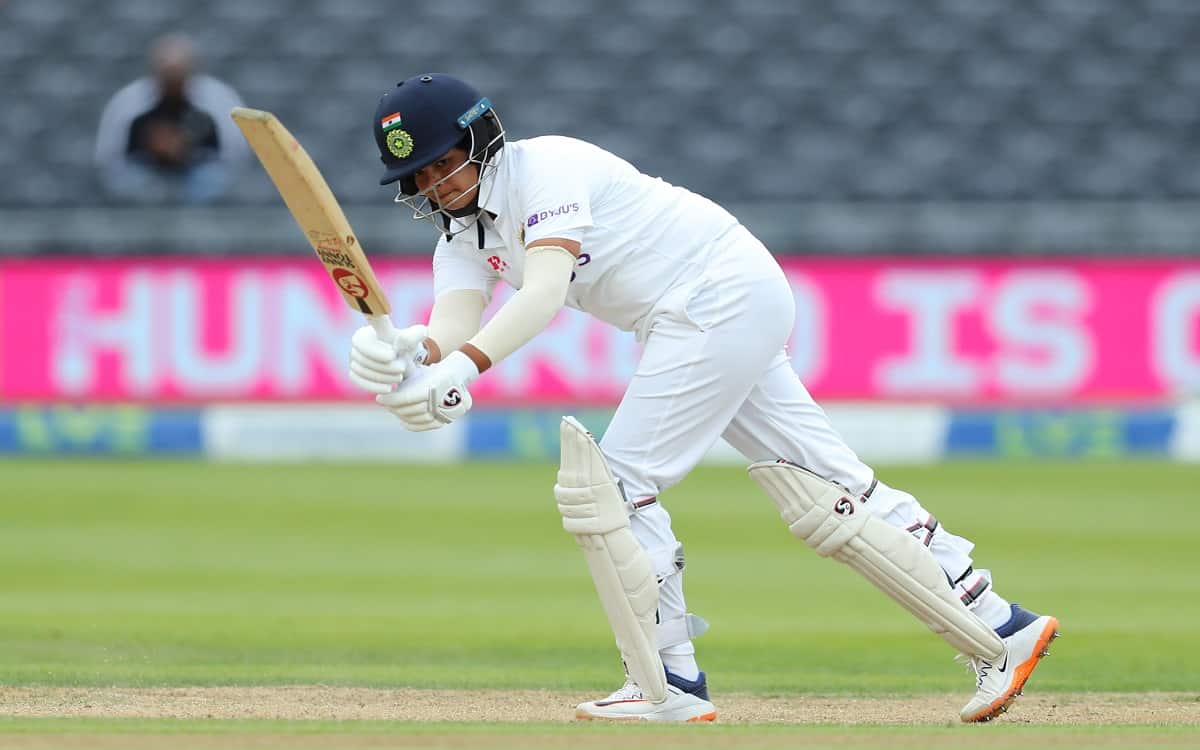 Earlier, England declared their first innings at 396 for nine wickets, scored in 121.2 overs, in the second session of the second day of the four-day match. Sophia Dunkley remained unbeaten on 74 (127 balls, 9x4s), though the top scorer was captain Heather Knight with 95.

Towards the end of the innings, Anya Shrubsole scored a brisk 47 not out off only 33 balls, and it included six boundaries and a six. The other chief contributors were Tammy Beaumont (66), Natalie Sciver (42), and opener Lauren Winfield Hill (35).

Earlier, England had started the day at overnight 269/6 wickets in 92 overs. For India, off-spinner Sneh Rana was the top wicket-taker with four for 131 and off-spinning all-rounder Deepti Sharma bagged three for 65.