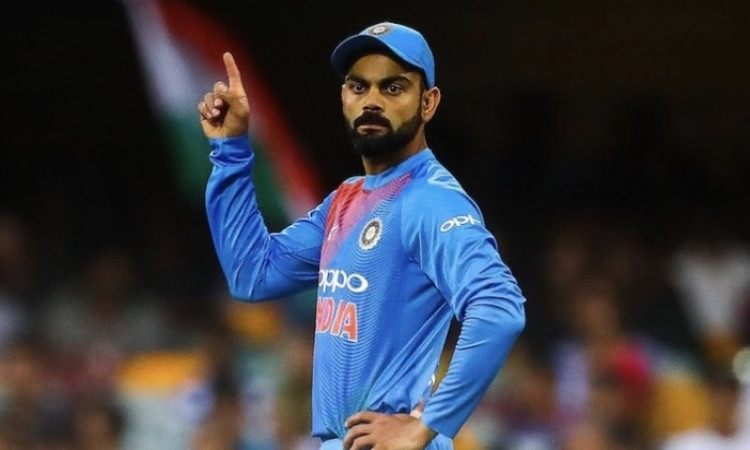 Hyderabad, Dec 6: India won the toss and decided to bowl first in the opening T20I against West Indies at Hyderabad's Rajiv Gandhi International Stadium. The match is the first of three T20Is that will be played between the two sides.

India captain Virat Kohli said that it was exciting to have pacer Bhuvneshwar Kumar back in the squad alongwith Mohammed Shami. He reckons that there will be dew later on which the hosts will be looking to capitalise on.

Also Read: Unable to get ex-cricketers on board because of conflict clause: Sourav Ganguly

"It's a good wicket to bat on, and it's going to get better to bat with the ball coming on nicely," said Kohli. "Chasing has been better for us to be honest. The data has to be taken into account, particularly when you win the toss, which is an uncontrollable. Shami and Bhuvi come back into the squad."

West Indies captain Kieron Pollard hopes that some of the younger players in the squad who have done well in the Carribean Premier League come good. "The toss is 50-50, so we can't really control it. We just need to bat really well. It's important to ignore the outside noise, try to do the right things on the field and come out on top. We have a few young guys who have done well in the CPL. You don't want to put extra pressure on them, just do really well and express themselves in terms of their skills and fielding," he said.