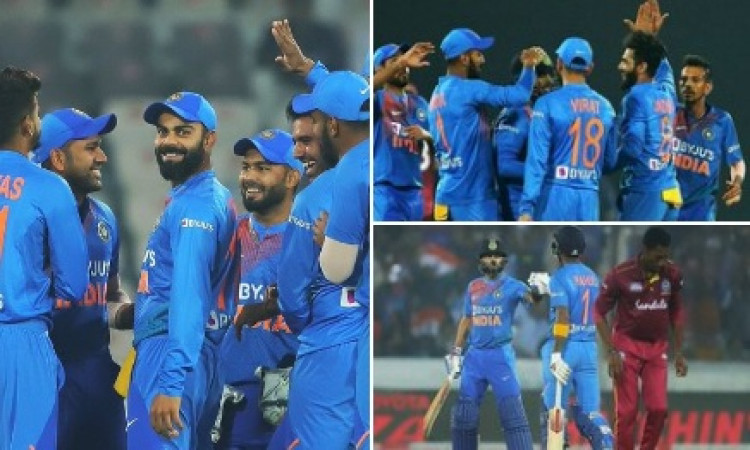 Thiruvananthapuram, Dec 8  West Indies won the toss and chose to bowl first in the second T20I against India at the Greenfield International Stadium here on Sunday. They are trailing 1-0 in the three-match series.

Indian captain Virat Kohli said that the team has not made any changes to the playing XI, which means that home favourite Sanju Samson will have another spell on the sidelines. Kohli said that India would have liked to bowl first as well.

"It's a nice and hard pitch, I think it should be a pretty good pitch to bat on during the first half. It's not a worry, we haven't defended too many totals in the past. It's a mindset thing, it's all about belief," he said.

West Indies skipper Kieron Pollard said that Nicholas Pooran is back for the visitors and Denesh Ramdin makes way. "We need to restrict them to a low total. We can't be critical on the batsmen that everytime you score 200, you win a game. Hopefully we come out and do things right today," he said.