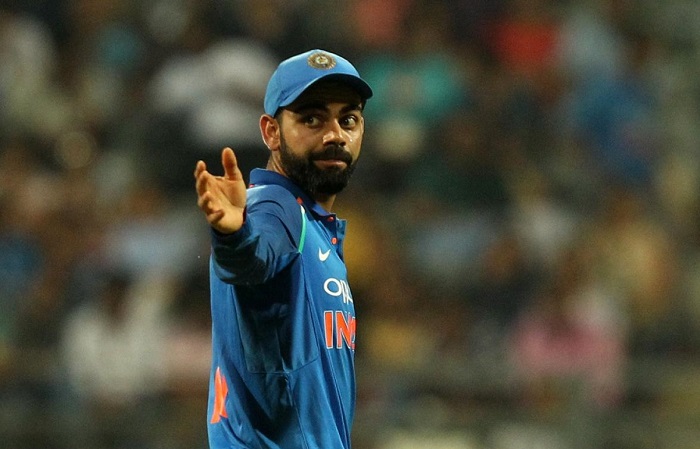 The Indian batsmen struggled against the Kiwi bowlers and could only manage a total of 280/8 in their 50 overs.

Tom Latham and Ross Taylor then contributed a 200-run stand for the fourth wicket as the visitors overhauled the target with six balls to spare and take a 1-0 lead in the three-match ODI series.

"Putting the dew into perspective in the last 13-14 overs, we were definitely about 30-40 runs short. In the second half, the wicket settled down nicely. Would have liked to have a better batting performance," Kohli said.

"However, from where we were, 280 was a competitive score, and we got three wickets as well. But they closed the doors on us," he added.

Kohli also praised Latham and Taylor for their performance with the bat.

Latham, who remained unbeaten on 103, smashed the opposition bowlers all over the park to notch up eight boundaries and two sixes in his 102-ball innings.

Taylor fell five runs short of a century when he fell prey to Indian pacer Bhuvneshwar Kumar by handing an easy catch to Yuzvendra Chahal at extra cover.

"New Zealand batted really well in the second half. Ross and Tom were outstanding, they deserved to win today. When you get a 200-run partnership in ODI cricket, more often than not you end up on the winning side," Kohli said.

"They tackled our spinners really well. They picked their areas. Credit to them. Tom especially. Enjoyed watching him. Not many games in international cricket but he showed a lot of character. Trent also bowled really well. The wicket had enough bounce and turn."