Rishabh Pant took two stunning catches on the second day of the second Test at the M.A.Chidambaram Stadium. 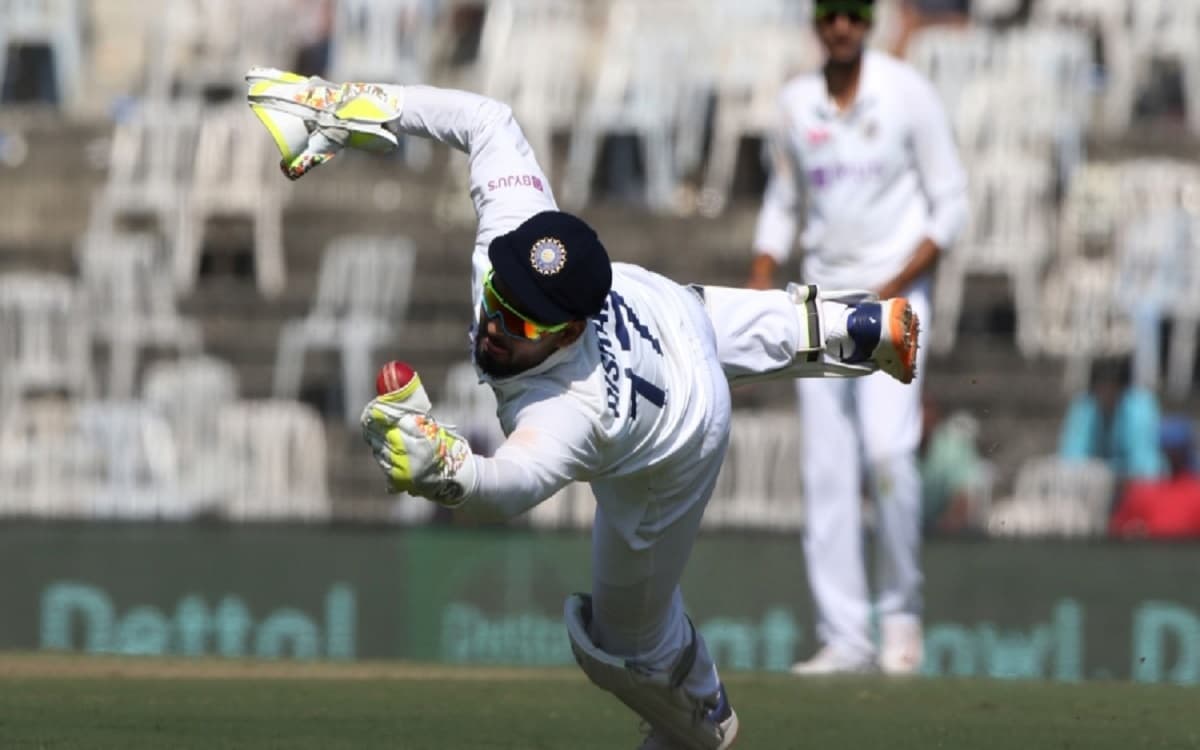 The first catch was to dismiss Olie Pope off the very first ball of fast bowler Mohammed Siraj's spell while the second sent back Jack Leach off Ishant Sharma. It was the 39th over of the England innings and Pope was surprised by the bounce that Siraj generated.

He ended up getting a glove to it and Pant took one step to his left and dived full length to catch the ball one-handed. The catch drew loud cheers from the Chepauk crowd. He then dived to his left again 20 overs later to complete another stunning catch to dismiss England No 10 Leach off Ishant's bowling.

Pant got himself back into the Indian Test squad with consistent performances with the bat over the course of India's recent 2-1 series win in Australia. It included an unbeaten 89 he scored on the last day of the final Test of the series that helped India become the first team in 32 years to beat Australia in a Test match at the Gabba in Brisbane and take the series. However, his credentials as a wicketkeeper ahead of Wriddhiman Saha has often been questioned.

However, the catch to dismiss Pope seemed to convince fans that Pant is just as capable behind the stumps as he is with the bat in front of it.

England was eventually dismissed for 134 in reply to India's 329 and the hosts ended the second day with a 249-run lead.