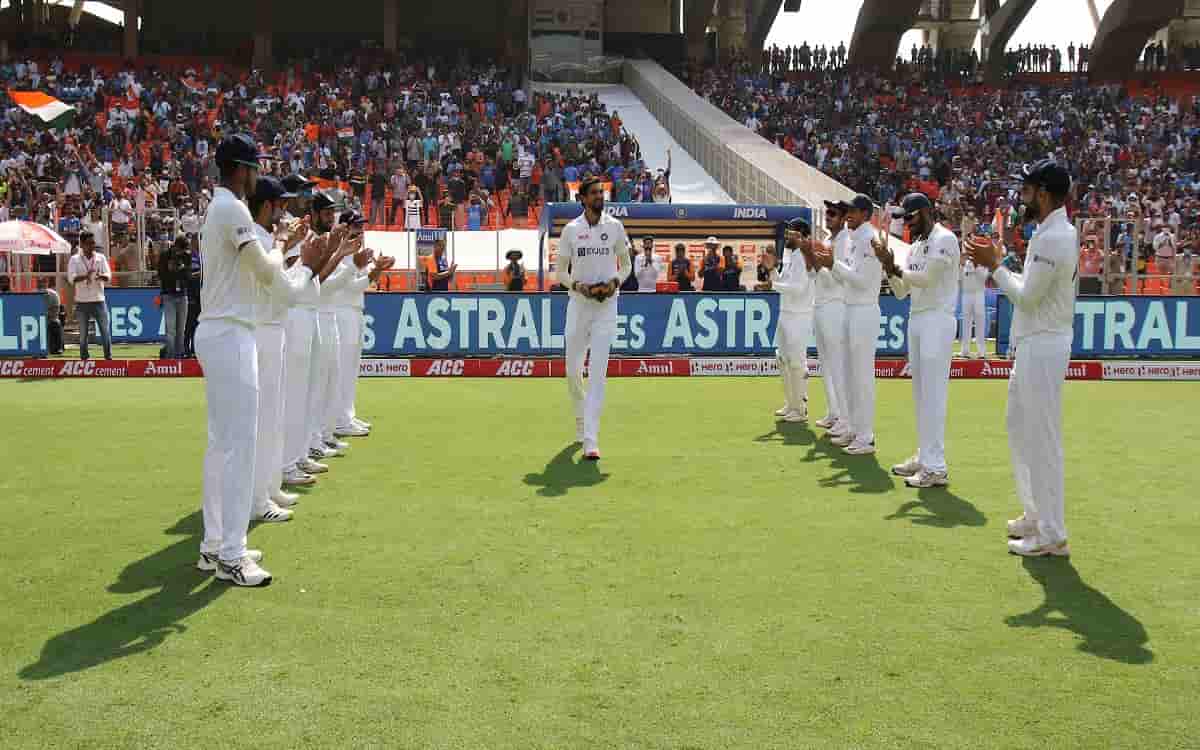 Sharma received a commemorative plate from President Kovind and a special cap from Shah before the start of the third Test against England at the Narendra Modi Stadium in Motera, Gujarat.

Shah and Kovind were present for the inauguration of the stadium which is hosting a Test match for the first time in eight years and is hosting its first international cricket match since extensive renovation made it the largest stadium in the world for the sport.

Sharma, 32, started his 100th Test by providing India the breakthrough in the form of England opener Dom Sibley in the third over of the match.

Earlier, India captain Virat Kohli hailed Sharma for managing to play 100 Tests. "Playing 100 Tests as a fast bowler is no mean feat and playing especially in our conditions, things can get so difficult. But he kept working hard. He is very hardworking and is very honest about his abilities, about what he can do and what he can bring to the table," Kohli said.