Nottingham, Aug 17 (CRICKETNMORE) A desperate Virat Kohli-led Indian team will be hungry to keep themselves alive in the five-match Test cricket series against hosts England when they square-off in the third Test at the Trent Bridge starting here on Saturday. 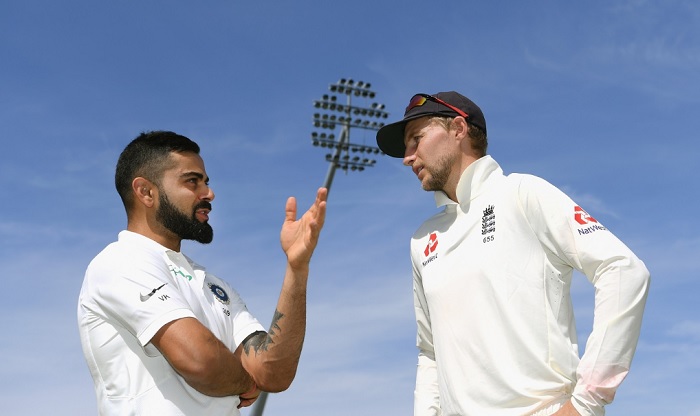 After losing the first two matches, the visitors face a must-win situation. India gave a very good fight before losing the first Test by 31 runs in Birmingham. In the second Test, they were outplayed by an innings and 159 runs at Lord's, succumbing within three days.

The Indian team management's major responsibility on Saturday morning would be to find a perfect team combination as players are going through fitness and out of form issues.

India's playing eleven is likely to witness few changes with Delhi wicketkeeper-batsman Rishabh Pant all set to make his Test debut replacing Dinesh Karthik, who has failed miserably so far in the tour, with scores of 0, 20, 1 and 0 in his four innings.

Meanwhile, media reports suggest skipper Kohli has more or less recovered from his back problem and is expected to lead his side once again. Also, if opening batsman Shikhar Dhawan returns on Saturday, either Lokesh Rahul or Murali Vijay will be axed from the playing eleven.

Coming to the bowling department, with pacer Jasprit Bumrah having fully recovered from a finger injury and coach Ravi Shastri admitting his side should have dropped chinaman spinner Kuldeep Yadav at Lord's, the Gujarat right-armer is likely find a place in the team.

And with the forecast being a cloudy first four days, it seems difficult for Kuldeep to make a cut because of the seam-friendly condition.

However, with Umesh Yadav, who was dropped at Lord's Test for Kuldeep, the skipper would have to make a choice between him and Bumrah. Pacers Ishant Sharma and Mohammed Shami, along with off-spinner Ravichandran Ashwin are guaranteed to feature in the bowling department.

On the other hand, England captain Joe Root on Friday confirmed that all-rounder Ben Stokes will return to the side replacing young seamer Sam Curran.

"It was one of the most difficult decisions I've had to make as captain. It's about us as a squad delivering over five games and on this occasion Sam is unfortunate to miss out," Root was quoted as saying by England Cricket Board (ECB).

Significantly Stokes, who returned with figures of 6/113 at Edgbaston Test, had missed the second Test owing to a court case. In his place, Chris Woakes played, scoring a 137 not out and picking four wickets. Based on these performances, Woakes has been given another opportunity.

Both seam-bowling all-rounders, Stokes and Woakes, will operate along with specialist seamers James Anderson and Stuart Broad -- who have picked 13 and 7 wickets respectively in the first two Tests.

Stokes' inclusion will add more steel to batting of England, who have seen their opener Alastair Cook and KEaton Jennings failing regularly with cheap scores.

The last time these two sides clashed here was back in 2014 when India scored 457 and 391/9 on a batting friendly surface, while England, who batted once, scored 496 as the match ended in a draw.

However, with the pitch condition different from the last time and conditions too, the visitors' first task will be to find a balanced team combination in a do-or-die situation.