Ind vs Eng: How Is 4th Test Pitch Looking After The First Day's Play

Thanks to a bit of grass, the pitch for the fourth and final Test is likely to hold up for a bit longer than the surfaces did in the preceding two Tests which had led to a lot of debate. 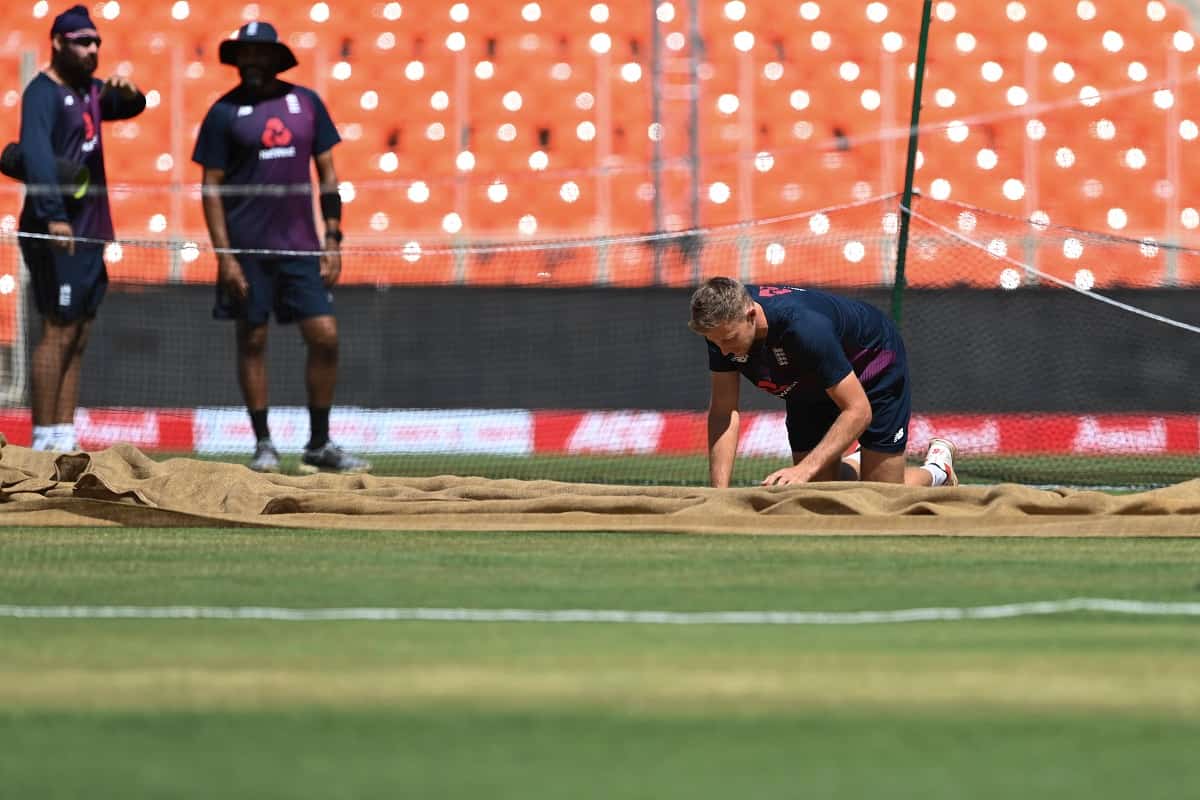 The first day's play in the fourth Test here showed that batting was a bit easier and puffs of dust did not emanate as much as they had done in the preceding Tests early on.

The ongoing fourth Test is being played on a red soil pitch just like the previous Test which was played on the centre-strip, the sixth strip on the 11-pitch square. The current match's surface is the seventh pitch from the Adani End - the pavilion end - and is just to the right of the centre strip.

"There is grass binding. It won't play that bad. Green tinge is there, the root (of the grass) is holding the soil so it will not play funny like it did in the last match. Because the grip of the grass with the soil is there, cracks will also not develop so much. There is no crack at the start. It won't become dusty," an official in the know of pitch preparation told.

Jason Roy Credits His Improved Game Against Spin To Playing…