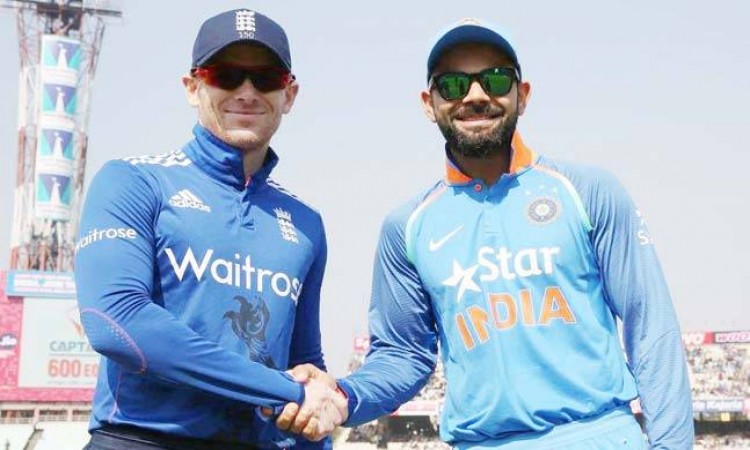 Nottingham, July 11 (CRICKETNMORE):  Fresh from their Twenty20 International (T20I) series win, an upbeat India will be eyeing to continue with the momentum when they take on England in the first of the three-match One-Day International (ODI) rubber at Trent Bridge here on Thursday.

The Virat Kohli-led side won the recently concluded T20I series 2-1 and the team management hopes for another valuable performance by the team.

With the ODI World Cup scheduled to be held here next year, the three-match series will also give Kohli and his teammates a fair idea of the playing condition in England.

The men in blue carry a deep batting line-up with most of their batsman in good touch with the willow. While both Rohit Sharma and KL Rahul slammed a ton each in the T20I series, Kohli missed his half-centuries by whiskers on a couple of occasions.

Suresh Raina, who replaced an unfit Ambati Rayudu, and Mahendra Singh Dhoni will once again provide depth to the batting order while all-rounder Hardik Pandya too has the ability to demolish any bowling attack.

Apart from the duo, Umesh Yadav and Bhuvneshwar Kumar will share the new ball.

On the other hand, hosts England, would try to leave the T20I series defeat behind and will take some motivation from the ODI series against Australia, where the Eoin Morgan-led side had crushed the visitors 6-0.

It was the same ground where England scripted a world record in ODI history after putting 481/6 on board against Australia recently.

With the ball, spinners Adil Rashid and Moeen Ali will be a major threat to the visitors.

The pace attack will once again rely on the shoulders of Liam Plunkett, Stokes, David Willey and Mark Wood, depending on who all feature in the playing XI on Thursday.