In the 2nd test between India and England, a major lapse of security allowed a young fan to enter the playing area in the MA Chidambaram Stadium during the lunch break on day 3 on Monday. 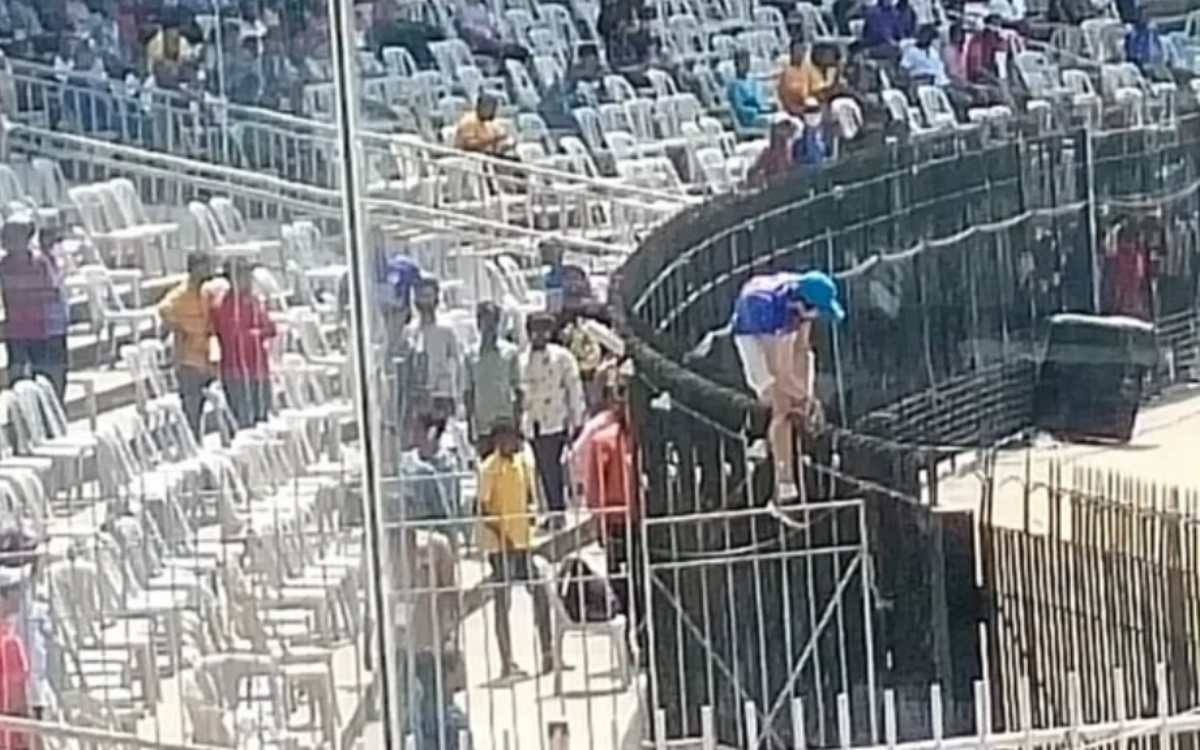 The kid climbed the railings and entered the field where the England team was practicing. However, the kid could not get close to the players as the cops stopped him at the right time. He, however, waved to the players.

A possible security breach at Chepauk? A young kid climbs the railings and enters the field during lunch break. Didn't get close to the English players. Just waved from a distance and went back. Cops have him. @sportstarweb pic.twitter.com/qNHxuQuXMY

Just to be clear. The marked spot (approximately) is till where the kid was able to reach. To the left of the image is the English Team and to the right is Team India. @sportstarweb pic.twitter.com/RIAynbL1V9

This might have been a major security breach considering the bio-bubble protocols and players not being allowed to meet fans. There is no official communication from the Tamil Nadu Cricket Association(TNCA) about the incident.