Ind vs Aus: Once A Sure-Shot Match-Winner, Bhuvneshwar Kumar Is Losing His Credentials As India's Death Bowler

Despite scoring 208 runs against Australia in the first T20I match of the series, India lost the match by four wickets with four balls remaining. 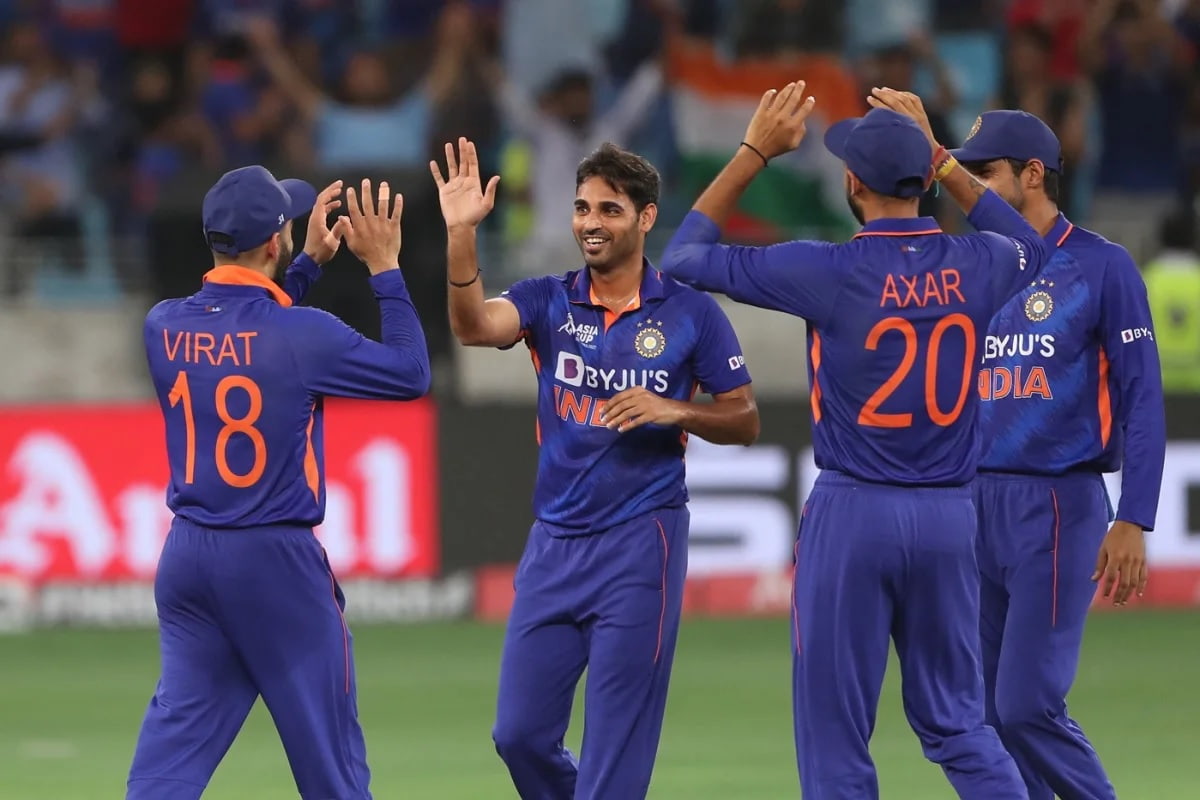 Veteran pacer Bhuvneshwar Kumar, who has been one of India's best bowlers in the last one decade or so, has seen repeated failures at crucial junctures of the game in last few outings and his credentials as a proven death bowler has taken a big hit ahead of the all-important T20 World Cup, next month.

Despite scoring 208 runs against Australia in the first T20I match of the series, India lost the match with four balls remaining as Cameron Green and Matthew Wade smashed the Indian bowlers all-around the park on Tuesday.

However, it wasn't a rare occurrence, rather it is becoming a genuine threat for Indian bowling now, especially in death overs. Whether it was games against Pakistan and Sri Lanka in Asia Cup 2022 or the first T20I against Australia, India have lost these three matches batting first and defending 41, 42 and 54 runs in the last four overs.

The common factor in all of these matches is -- ordinary performance of Bhuvneshwar, conceding 19, 14 and 16 runs in the 19th overs.

Why did India give Bhuvi the 19th over and what's going wrong?

One can argue that why captain Rohit Sharma is trusting the 32-year old pacer to bowl the crucial 19th overs, if he is not able to deliver? The unavailability of Jasprit Bumrah seems to be the simple logic. Yes, Bhuvneshwar has been expensive at the death in the last few matches, but he has been India's go-to man in the last one year or so.

After the last T20 World Cup, the veteran right-arm fast bowler, who is known for his accuracy in line and length, has been the third-best Indian death bowler in all of T20 cricket after Arshdeep Singh and Bumrah, who were not playing the match against the Aussies.

So, in Bumrah's absence, Bhuvneshwar is the best bowler available at death, which is why he has been given the 19th over.

Notably, the game against Pakistan and Sri Lanka in Asia Cup 2022 and the first T20I against Australia are the most expensive 19th overs Bhuvneshwar has bowled in his T20I career while defending totals, which shows his inconsistency in hitting the right line and lengths, recently.

Otherwise, he has been very successful over the years, even in the death.

Unlike others, Bhuvneshwar doesn't have a high pace, left-arm angle or awkward release and so accuracy in execution has been his biggest strength. However, in the last few matches, Bhuvneshwar seemed to crumble under pressure, with him bowing wayward lines and conceding extras.

His lovely clean action, less pace also makes things easier for batters. In Mohali too, Matthew Wade found the gaps easily on his bowling and, as a result, Bhuvneshwar went for more than 50 (4-0-52-0) for the first time in T20Is.

So, what's the solution?

The World Cup is not too far away and Bhuvneshwar's form will be a huge cause of concern for coach Rahul Dravid and skipper Rohit Sharma. His recent outing has certainly dampened his credibility as a death bowler.

However, Bhuvneshwar will have to leave the ghosts of failure behind him and emerge as a better death bowler. He needs to clear his head, make solid plans A, B and C, practice them in the nets and eventually execute them in a crunch-match situation.

Or, the team management should use Kumar at the top only, finishing his four-overs quota inside the first 10 overs and rely on others to do the finishing job with the ball, something which MS Dhoni has done with Deepak Chahar for CSK in IPL, over the years.

In an ideal world, Jasprit Bumrah and Arshdeep Singh should be India's two death bowlers at the 2022 World Cup in Australia in October. But, with India not playing Bumrah in the first T20I, gives an indication that there are still doubts over the pacer's fitness status and needs some move time to recover fully.

Harshal Patel, who has done well for RCB in the death overs, is another death-bowling option. But, he also hasn't been able to replicate his IPL success at the international level. The 31-year old, who played his first game since his return from injury, gave away 49 runs from his full quota of four overs on Tuesday.

No doubt, Harshal is a crafty bowler, who relies on his variations, slower ones, cutters to trap batters but in the absence of pace, he could also be lined up for big blows, which Wade did brilliantly in the first T20I. In the past as well, Ravindra Jadeja in IPL, the Irish batsmen in Dublin (4-0-54-0) and the Sri Lankans in Dharamsala (4-0-52-1) have taken Harshal to the cleaners.

So, India are running out of time to figure out their best bowlers in death overs. The management will have to closely monitor the progress of fast bowlers in the upcoming matches, make solid plans for them and, most importantly, keep them fit for the upcoming T20 World Cup.