IND vs AUS: India's Top T20 Performances Vs Australia Down Under 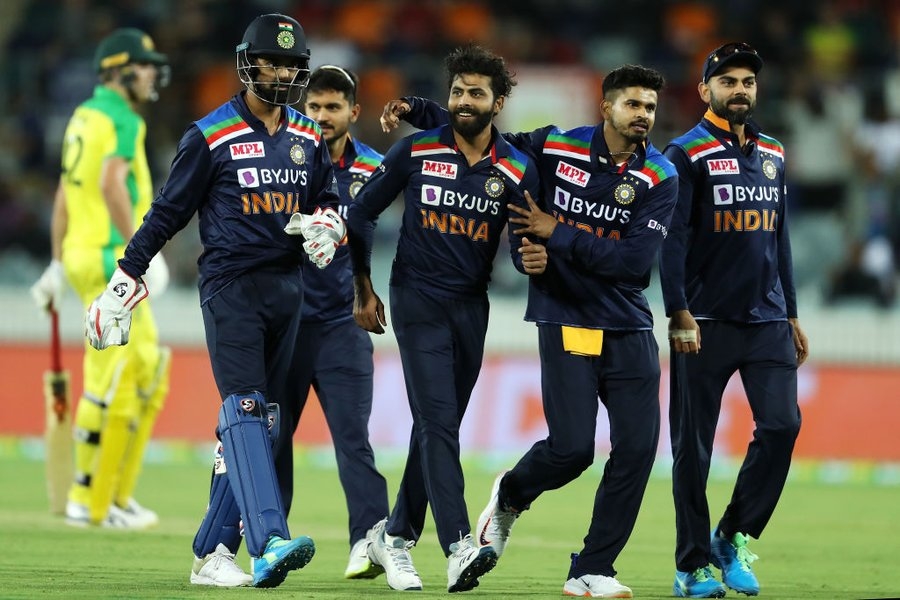 Here's a look at some of those performances:


ENG vs SA: Scary to think where this England team can go Said Ben Stokes

Ravindra Jadeja (2012, Melbourne): India had lost the first match of the two-match series but Jadeja produced a brilliant performance in the second. He bowled three overs for 16 runs and took the wicket of David Hussey, who was looking good at the crease. He also helped effect two run outs -- first running to his left at point and throwing the ball to Mahendra Singh Dhoni to run Aaron Finch out and then making a sliding save at backward point and getting up to throw the ball to the bowler to run out captain George Bailey. India won the game.

Virat Kohli (2016, Adelaide): The India batsman's unbeaten 55-ball 90 helped India set up a match-winning 188-run total. Kohli hammered two sixes and nine fours in his innings that helped India win by 37 runs. He came in the fifth over and stayed on till the end. The knock continued his love with the Adelaide Oval where he had scored twin centuries in the first Test on the 2014-15 tour just a season before this tour.

Virat Kohli (2016, Melbourne): After his brilliant show in Adelaide, Kohli produced another unbeaten knock, of 33-ball 59, to help India score another 180-plus total and take the match out of Australia's reach. India had begun well with Rohit Sharma scoring 60 off 47 deliveries. However, Kohli provided the impetus, scoring seven fours and a six. He had come in at the end of the 11th over and went about scoring runs quickly right from the start.

Suresh Raina (2016, Sydney): India was faced with a daunting 198-run target in the last T20 International as they looked for a 3-0 whitewash. After both Rohit Sharma and Virat Kohli had scored half-centuries to lay the platform, Raina came into bat with India still needing 74 runs off 45 deliveries. He powered to a 25-ball 49, hitting six fours and a six, to help India overhaul the target on the last ball.

Krunal Pandya (2018, Sydney): The left-arm spinner took four wickets for 36 runs as India restricted Aussies to 164 for six wickets in 20 overs. He removed opener D'Arcy Short, the dangerous Glenn Maxwell, Ben McDermott, and Alex Carey. Pandya managed to take the majority of his wickets off the sweep shot and although there was no turn, he didn't shy of giving the ball some air. He was taken for 12 runs in his first over but then came back with twin strikes off the first two balls of his second over to get back. India, riding on Kohli's unbeaten 41-ball 61, took India home.