The Indian cricket team begins its T20 series against Australia on Friday. Unlike Tests and One-day Internationals where they have an inferior record to Australia in Australia, visiting India has a better head-to-head against Aussies, winning five of the nine matches in the format played between them Down Under. 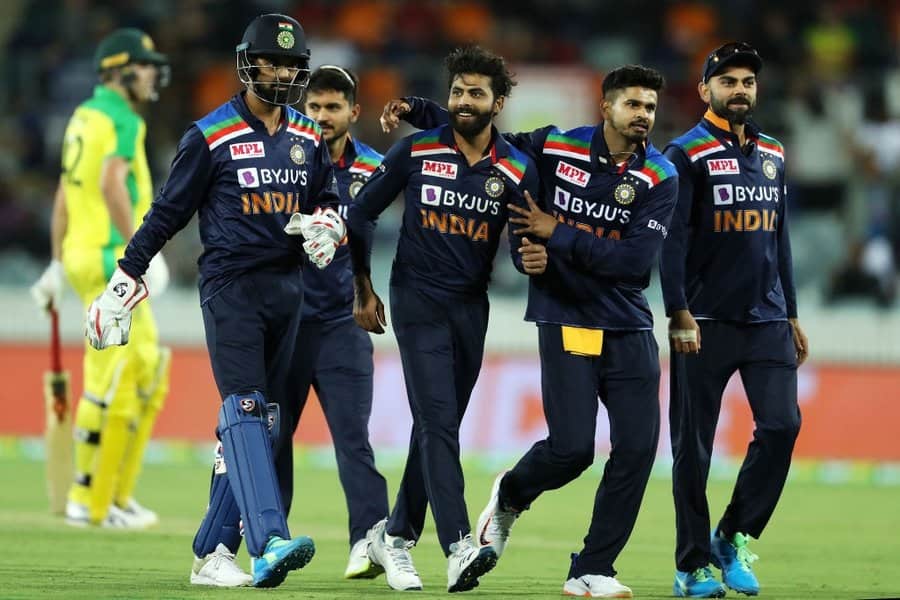 Here is a look at India's previous T20 International series in Australia:


IND vs AUS: I Thought Kohli Will Burn Out At Some Stages Of His Career Said Laxman

2008: It was a one-off T20 game sandwiched between the Tests and the triangular series. India, who had won the World T20 just a few months back, lost that match at the Melbourne Cricket Ground (MCG) by nine wickets. Nathan Bracken took 3 for 11 while Adam Voges took two for five as India was dismissed for 74. Aussies lost only Adam Gilchrist before romping home.
Result: Australia won 1-0

2011-12: The two-match T20 International series was drawn. Australia won the first match by 31 runs at the Sydney Cricket Ground but India pulled back, winning the second by eight wickets at the MCG. In the first match, Australia made 171 for four in 20 overs with the help of Matthew Wade's 43-ball 72. David Hussey scored a 30-ball 42. In reply, India finished 31 runs short with Mahendra Singh Dhoni top-scoring with an unbeaten 48. In the second match though, India powered back. They restricted Australia to 131 in 19.4 overs and then overhauled the target losing eight wickets and with two balls to spare.
Result: 1-1

2015-16: After losing the ODI series 5-1, India thrashed Australia 3-0 in the T20 series. In Adelaide, Virat Kohli powered his way to an unbeaten 55-ball 90 against an under-strength Aussie bowling attack to help India set up a 188-run total. Jasprit Bumrah then took three for 23 as India beat the Aussies by 37 runs. In the second match in Melbourne, Rohit Sharma hit 60 while Virat Kohli made an unbeaten 59 as India powered to 184/3 in 20 overs. In reply, Australia could make just 157 for eight. In the final T20 International at Sydney, India overhauled a challenging 198-run target set by Australia with half-centuries from Rohit Sharma, Virat Kohli and a 49 from Suresh Raina.
Result: Australia won 3-0

2018-19: India began their 2018-19 tour of Australia, where they won the Test and ODI series, with a drawn three-match T20 series. After Australia won the first match in Brisbane by four runs, through Duckworth-Lewis Method, the second match in Melbourne was abandoned due to rain as Australia found themselves struggling at 132 for seven in 19 overs. India then defeated Australia by six wickets with Virat Kohli scoring an unbeaten 61 off 41 deliveries and Shikhar Dhawan making a 22-ball 41. India won with two balls to spare. Krunal Pandya had picked four for 36 earlier to restrict the Aussies to 164 for six in their 20 overs.
Result: 1-1