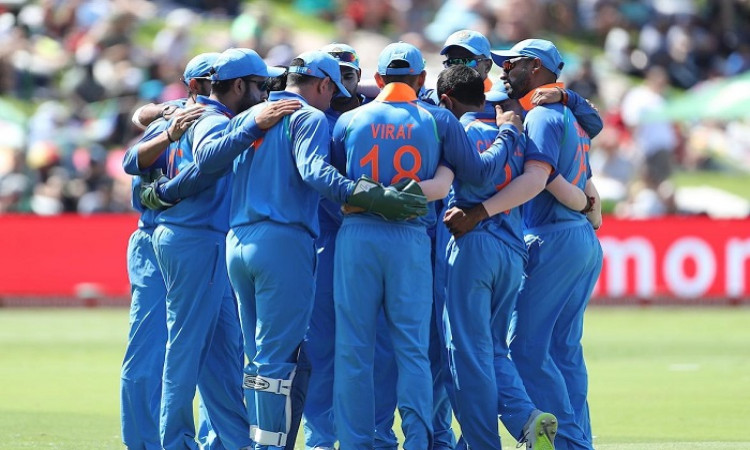 Melbourne, Jan 17 (CRICKETNMORE):  With the three-match ODI rubber tantalisingly poised at 1-1, the task is cut out for both India and Australia to pull up their socks in the series decider at the Melbourne Cricket Ground (MCG) here on Friday.

India bounced back from the 34-run loss in the series opener at Sydney, with another Virat Kohli masterclass century combined with his predecessor Mahendra Singh Dhoni's vintage finish to pull off a 6-wicket win at Adelaide.

Going into the final ODI, India will be aiming to take the winning momentum and end the ongoing tour Down Under without losing a series.

The Virat Kohli-led side started their tour with a three-match Twenty20 International (T20I) series that ended in a 1-1 draw, followed by a historic first-ever 2-1 Test series win for India on Australian soil.

In the crucial series decider at the MCG, India will once again hope for their in-form top order, comprising Rohit Sharma, Shikhar Dhawan and skipper Kohli to score the bulk of the runs.

With Dhoni marshalling the less-tested middle-order, and Kedar Jadhav still warming the bench, both Ambati Rayudu and Dinesh Karthik will aim to get some runs if they are to stay in contention for a berth in the 2019 World Cup squad.

While the bowling department led by Bhuvneshwar Kumar has impressed in both the games, with pacer Mohammed Shami and the spin duo of chinaman Kuldeep Yadav and Ravindra Jadeja providing good support, India's main point of concern will be the fifth bowler in the absence of suspended all-rounder Hardik Pandya.

The Men-in-Blue tried left-armer Khaleel Ahmed in the first ODI before handing a debut to Mohammed Siraj in the second, but neither could make an impact.

In that scenario, the team management could be tempted to test all-rounder Vijay Shankar on Friday or may opt for the leggie Yuzvendra Chahal, who has been warming the bench for the first couple of matches.

Meanwhile, the hosts have made two changes to their playing XI on the eve of the decider. Pacer Billy Stanlake replaced Jason Behrendorff, who has been ruled out with back soreness, while off-spinner Nathan Lyon has been dropped to make way for leggie Adam Zampa.

Lyon's axing from the side comes just two matches after he'd replaced Zampa in the side for the series opener in Sydney. Pacer Kane Richardson has also been called into the squad as a cover.

While the bowlers have done a decent job, Australia will hope for their ODI skipper Aaron Finch to find some form with the willow.

Australia's top-order batting has mainly revolved around their No.3 and No.4 in Usman Khawaja and Shaun Marsh, with the latter blasting a 123-ball 131 in the second match, albeit for a losing cause.

The middle-order, comprising the likes of Peter Handscomb, Glenn Maxwell and Marcus Stoinis have also been among the runs this series, and the hosts will be hoping to put on a 300 plus total to challenge the strong Indian batting.

A victory for Australia at the MCG on Friday would hand them their first series win in almost two years, having won just four of their past 23 One-day Internationals.