Cricket Australia chief executive Nick Hockley is not surprised by Virat Kohli's decision to withdraw from the last three Tests of the upcoming Border-Gavaskar Trophy as the Indian skipper prepares for fatherhood in January. 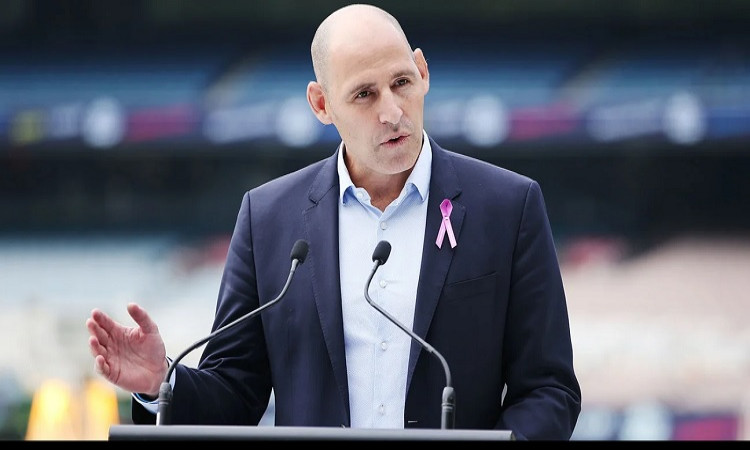 Kohli's wife, actor Anushka Sharma, is due for delivery in January and the batting mainstay had asked for leave from the Board of Control for Cricket in India (BCCI). And on Monday, the BCCI announced that Kohli has been granted paternity leave and that he will return to India after the conclusion of the first Test between the two sides.

Also Read: Bangar Feels DC Should Stick To Their Players Despite A Win Or Loss In IPL 2020

"When they announced their pregnancy earlier, I think it was always on the cards," Hockley told Sydney radio station SEN.

The 32-year-old will, however, feature in three ODIs and as many T20Is which will be played before the first Test -- a pink-ball fixture -- to be played at the Adelaide Oval.

"We're thrilled Virat is coming out for three ODIs, three T20s, the first-ever day-night Test against India and we have to respect the fact he wants to be there for the birth of his first child. Clearly, (he is) one of the game's absolute superstars. We're looking forward to seeing him here for seven out of the 10 matches," Hockey said.

The Cricket Australia chief executive also said both teams have enough stars to ensure that cricket fans will be hooked to the Test series, which was last won by the Kohli-led side in 2018-19.

"You've got a good number of players from both sides who played the last series in Australia which India won. There'll be a huge amount to play for ... it will be fascinating series."

Team India will then begin the title defense of the Border-Gavaskar Trophy with the pink-ball Test in Adelaide from December 17. It will be followed by Tests at the Melbourne Cricket Ground (December 26), the Sydney Cricket Ground (January 7), and the Gabba (January 15).