Ind vs Aus: Harbhajan Singh Offers An Advice For The Spinners Ahead Of Test Series

The current Indian Test team is a bit fortunate to tour Australia within two years of their previous tour. Earlier, the tours were separated by a few years and that would make things difficult for players, especially spinners. By the time, they would adjust to the conditions and pitches, the tour would be over. 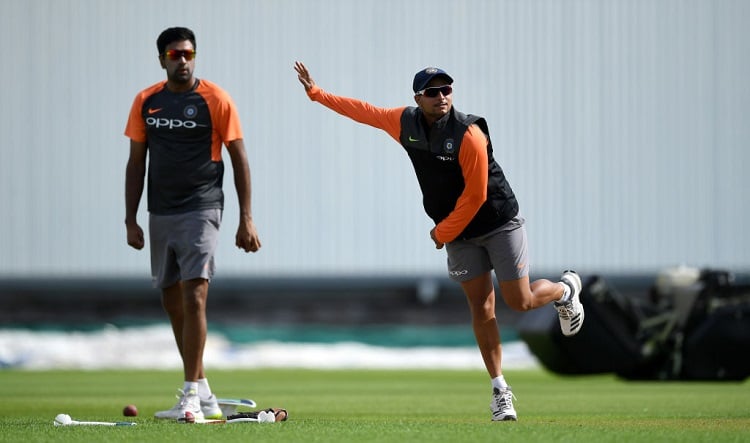 Past generations of spinners suffered from this. But when either Kuldeep Yadav or R Ashwin, or both, take the field on December 17 for the first Test in Adelaide, they will have an advantage and confidence to draw from their recent successes.

Both had performed well in the last Tests they played in Australia during India's tour of 2018-19. While Yadav picked five wickets in the first innings at the Sydney Cricket Ground (SCG) in January 2019, Ashwin got six across two innings in Adelaide a month before that. Ashwin didn't play the next three Tests due to injury.

But this time with him being fit, Ashwin will be in competition for a spot with Yadav who, being a wrist spinner, could be the preferred choice on Australian wickets that have been harsh for spinners from the sub-continent.

Harbhajan Singh, the former India off-spinner who toured Australia in 2003-04 and 2007-08 and played 103 Tests, and had great success against Ricky Ponting, explains why Australia was a tough place to bowl.

"It was difficult to bowl in Australia because by the time you would adjust to the wickets, the tour would be coming to an end. You would tour every four-five years. Their spinners would get more success because they knew the conditions better and well since it was their home," Harbhajan told, adding that adjusting to the lengths is the key.

Both finger spinner Ashwin and wrist-spinner Yadav had reaped rich hauls last time also because the Aussies, missing David Warner and Steve Smith in that series as they were serving a ban, had packed their side with left-handers. Four of Ashwin's six victims and three of Yadav's five were left-handers. They found it hard to adjust to deliveries going away.

However, neither Marcus Harris nor Usman Khawaja and nor Shaun Marsh finds a place in the squad for the current series. There are just Travis Head and Mathew Wade apart from the returning David Warner and only one of Head and Wade will get a look-in since the top-order, dominated by right-handers, is largely settled.

It could make things difficult. Prior to that Adelaide Test, Ashwin had taken 21 wickets in six Tests at an average of 54.71 in Australia. The six wickets in Adelaide helped him improve an average to over 48.

But against a settled Australian line-up, there is however still a way out -- rely on the bounce and not on side-spin.

Harbhajan has a piece of advice: "The spinners need to adjust to the lengths very quickly. Also, they shouldn't rely on sidespin, because you won't get it. If it is happening, it is an advantage, but don't rely too much on it. Indian spinners need to bowl a little slower to get the bounce."

Having toured Australia so recently, it should not be an issue for Ashwin and Yadav.