Ind vs Aus: Boxing Day Test At MCG To Have Crowd

The upcoming Boxing Day Test between Australia and India during the Border-Gavaskar Series is all set to have a crowd at the Melbourne Cricket Ground (MCG). 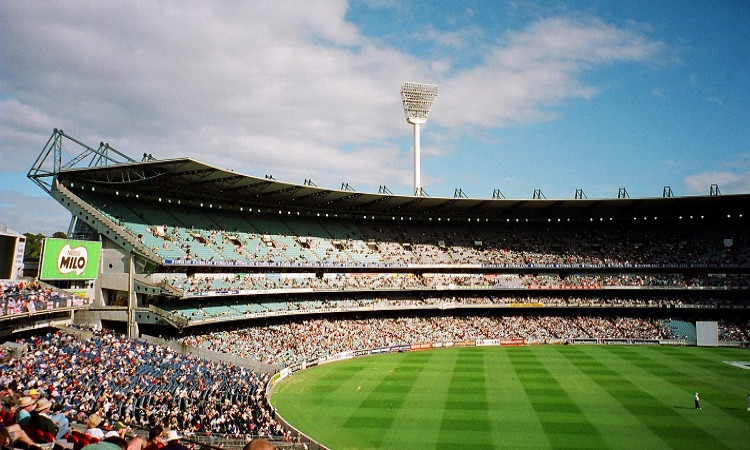 This comes following the announcement from the head of government in the Australian state of Victoria Daniel Andrews in which he eased Covid-19 restrictions following a sharp decline in the number of infections.

Also Read: Johnson Opens Up About His Battle With Depression

"The Boxing Day Test of course is very different because that is some way off," Premier Andrews told reporters as per a report in cricket.com.au.

"I am very confident that we will get a crowd at the MCG for the Boxing Day Test. I don't know how big it will be but there will be a crowd, that's the advice that I have, that's what we're working towards," he added.

During their last tour to Australia in 2018-19, the Virat Kohli-led side had won the third Test at MCG by an innings to retain the Border-Gavaskar Trophy.

The upcoming Australia tour of the Indian team will comprise three T20Is, three ODIs, and four Test matches, expected to be played between November 27 and January 19. The official itinerary is, however, yet to be announced.

It is believed that the limited-overs leg of the tour will be played in Sydney and Canberra next month.

According to a report in ESPNcricinfo, Cricket Australia and the New South Wales state government reached an agreement last week for the Indian team and Australian players returning from the ongoing IPL edition being held in the UAE to quarantine in Sydney while also being granted access to nearby training facilities.

As per the tentative schedule, the first two ODIs are set to be played at the Sydney Cricket Ground on November 27 and 29 while the third ODI on December 1 and the first T20I on December 4 will take place at Canberra's Manuka Oval. The teams will then return to Sydney for the final two T20Is at the SCG on December 6 and 8.