Ind vs Aus: 27K Spectators Allowed For D/N Test Each Day In Adelaide

A total of 27,000 spectators, which is 50 percent of the total capacity at the Adelaide Oval, will be allowed each day during the first Test of the upcoming Border-Gavaskar Trophy between Australia and India amid the Covid-19 pandemic. 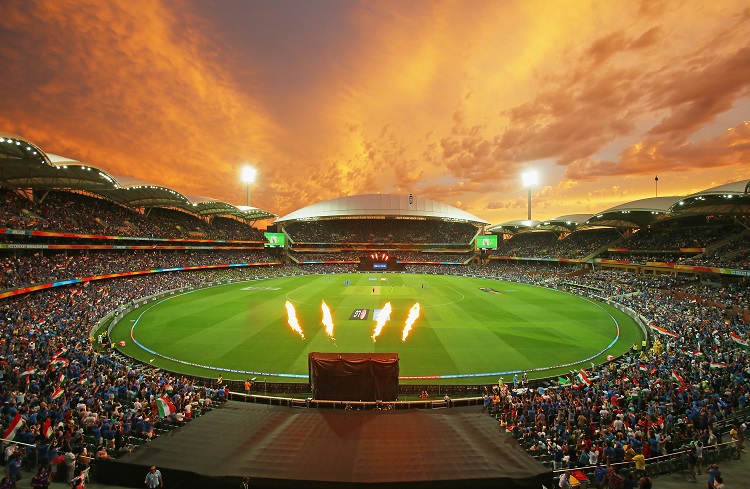 The Adelaide Test will be a day-night affair and is slated to be played from December 17-21. This will also be the only Test which Virat Kohli will feature in after which he will return to India for the birth of his first child with wife Anushka Sharma.

The Adelaide fixture will be the first day-night Test played between Australia and India. Neither side has lost a day-night Test previously, with the Australian team winning all four twilight Tests in Adelaide against New Zealand, South Africa, England, and Pakistan, and India winning its only encounter at the Eden Gardens against Bangladesh in 2019.

Before the Test series, India and Australia will lock horns in three ODIs and as many T20Is from November 27 at the Sydney Cricket Ground and the Manuka Oval in Canberra.

"The SCG, which is set to host ODI and T20I matches and the Pink Test this summer, will hold 50 percent of total capacity, as will Canberra's Manuka Oval for their ODI and T20Is and the Adelaide Oval for historic Day-Night Test match starting December 17," Cricket Australia stated in an official release.

For the Boxing Day Test at the Melbourne Cricket Ground, 25,000 fans for each day have been currently allowed by the Victorian government. Brisbane's Gabba venue can host up to 30,000 fans, or 75 percent of its capacity for the fourth and final Test.

"At this stage, the Boxing Day Test is set to hold at least 25 percent of total capacity across Public, Member and Corporate tickets, equating to 25,000 fans each day of the Test. The Gabba is set to host crowds at 75 percent of venue capacity for the fourth and final Test of the series, starting on January 15, 2021," CA said in its release.