In The Summer Of 1971, Wadekar's India Made History In England 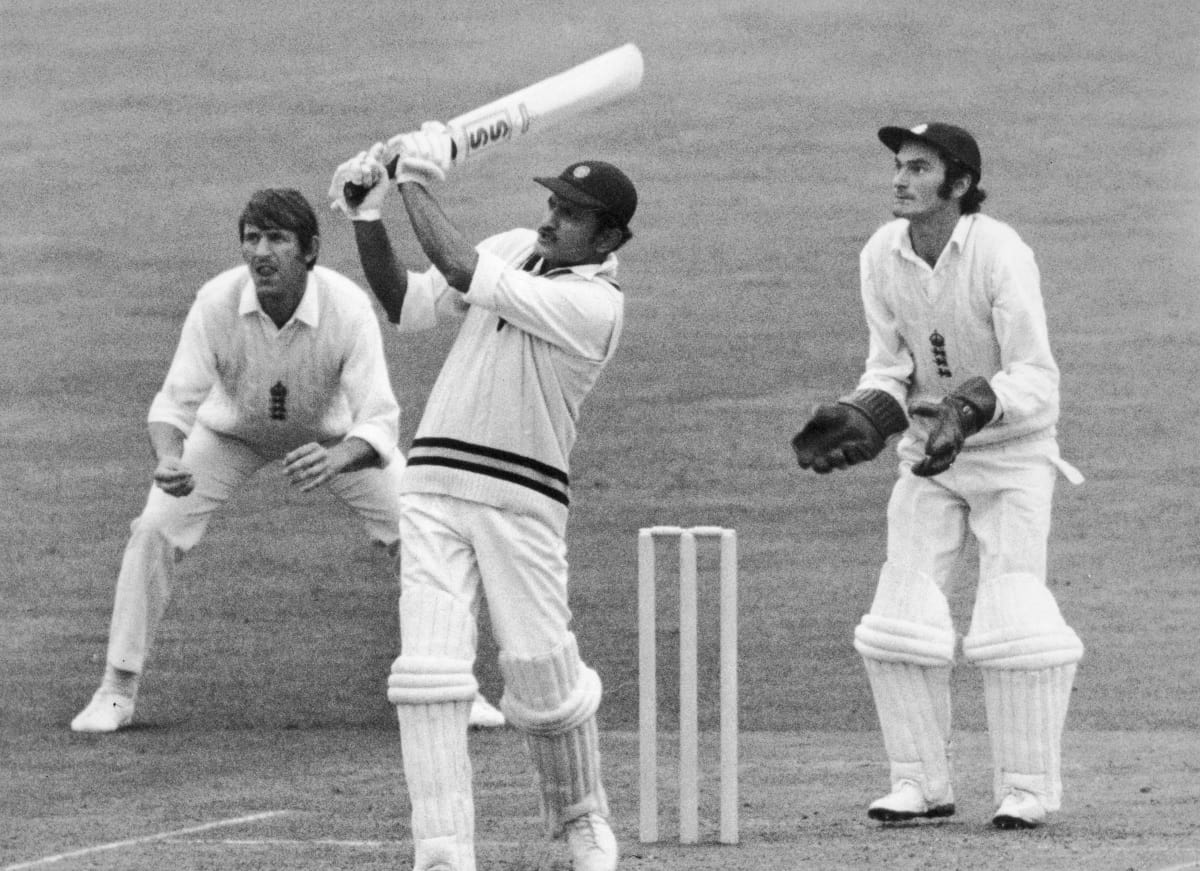 It was leg-spinner Bhagwath Chandrasekhar's 6/38 -- along with left-arm spinner Bishan Bedi's 1/1 and S. Venkataraghavan's 2/44 -- that helped India shoot England out for 101 in the second innings of the third and final Test and upturn the disadvantage of a 71-run deficit into a gettable 173-run target for India in fourth innings.

The first two Test matches of the three-match series, played in July-August 1971, had been drawn.

India, who were on a high after winning the Test series in the West Indies a few months ago, had matched England blow for blow in the first Test at Lord's, London.

The spin trio had helped dismiss England for 304 in first innings with Bedi (4/70), Chandrasekhar (3/110) and Venkataraghavan (2/44) sharing nine wickets.

Thanks to Ajit Wadekar's 85, 22-year-old Gundappa Viswanath's 68, and Eknath Solkar's 67, India batted for 165.3 overs and took a nine-run lead. The spin trio shared eight wickets to dismiss England for 191 in second innings.

India were lucky to survive in the second Test at Old Trafford in Manchester as there was no play on the fifth and final day with India staring down the barrel at 65/3 -- facing a 420-run target -- at the end of fourth day.

While South Africa was banned from international cricket due to apartheid policies, England were considered to be the best side in the world at the time, at the end of the Manchester Test, 26 Tests without a defeat.

England's top pacer, John Snow, who had missed the second Test, was back and sent jitters in the Indian camp by first terrorising Sunil Gavaskar with a bouncer and then bowling him in the first innings of the third Test.

It was then Venkat ran through England and help set a 173-run target for India.

After Gavaskar was scalped by Snow again, Wadekar (45), Sardesai (40), Viswanath (33) and Engineer (28 not out) saw India through to the tricky total on the final day.

India needed 97 on the last day and had eight wickets in hand. They lost Wadekar early without the addition of any run but the others rose to the occasion, overcoming relentless 74 overs from off-spinner Ray Illingworth and left-arm spinner Derek Underwood.

The victory ended England's 26-Test unbeaten streak and was India's first series win in England where they had travelled on six previous occasions.

Venkataraghavan (13), Chandrasekhar (13) and Bedi (11) were the top wicket takers on either side, sharing 37 of the 53 English wickets to fall in the three Tests.

Although Wadekar's India were whitewashed 0-3 three years later in the 1974 series, quite brutally, the subsequent tours of England always saw India put up a fight. They lost the 1979 and 1982 series by just 0-1 margins and went on to win the 1986 series 2-0 under Kapil Dev's captaincy.

The last three series have been nightmares. India have won only two out of the 14 Test matches and Indian fans will hope that Kohli's men can draw some inspiration from the summer of 1971, half a century ago.