In a first, film on India-Pakistan rivalry at World Cups 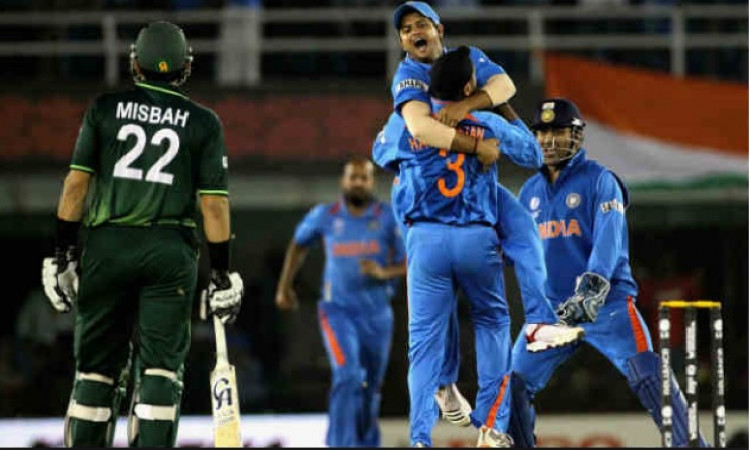 New Delhi, May 3 (CRICKETNMORE) A film depicting the cricket rivalry between India and Pakistan at the World Cups will be released soon by Sports Flashes, the company has announced.

The film titled, 'First film on India vs Pakistan rivalry at cricket World Cups' will be presented by Sunil Gavaskar and Harbhajan Singh who will share their experiences on the India-Pakistan World Cup rivalry.

The movie will include building pressure before matches and will also involve action, drama and emotional upheavals during the matches.

The stories of sledging and on-field confrontation will characterise the battles between the two cricketing nations.

Speaking on the occasion, Gavaskar said, "India-Pakistan cricket World Cup matches are the most watched across the globe. The movie on India-Pak cricket rivalry will re-live the memories not only for us but for millions of cricket fans in the country. Personally, it will be an emotional moment for me to be part of this movie. Hope it would be great experience for the audience."

Singh, on his part, said, "I was part of the World Cup winning team in 2011, where we won against Pakistan in semi-finals, this movie will help cherish those moments again. I think the movie will help us share our experiences with our future generations."