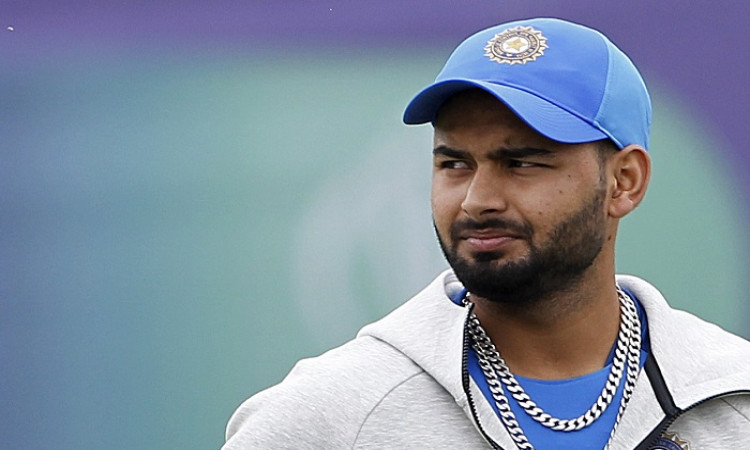 Chennai, Dec 16: Young wicketkeeper-batsman Rishabh Pant, who scored his maiden ODI fifty in the first match which India lost by eight wickets against West Indies, has insisted that he is focusing on improving his performance with each passing day, adding his only aim is to contribute towards team's win.

On Sunday, Pant scored 71 runs off 69 balls and alongside Shreyas Iyer (70), shared a crucial partnership of 114 runs for the fourth wicket to help India post a 288-run target at a sluggish wicket. However, their efforts went in vain as Shimron Hetmyer (139) and Shai Hope (102) scored blistering centuries and helped the visitors chase down the total with 13 balls to spare.

"There is nothing like the natural game you have to bat according to the situation or team demand. You can only be good if you bat according to the situation. I want to focus on my process as a player. You have to believe in yourself. I'm only focusing on what I can do whatever team management decides is good for the team," Pant said at the post-match press conference.

Ever since Pant replaced M.S. Dhoni in the limited-overs circuit, he has been criticised by many, be it for his batting, wicket-keeping skills or be his role when it comes to reviews.

During the course of his innings on Sunday, a section of crowd at the MA Chidambaram Stadium chanted 'Pant, Pant' in order to encourage him. This was in contradiction to the earlier incidents where fans used to chant the name of 'Dhoni' in previous games whenever Pant faltered on the field.

"Sometimes it is important when crowd support you because as an individual I was thinking of scoring big runs but I was not getting there. I'm not saying I got there but I'm just trying to improve everyday. As a team point of view, whatever I can do to help my team win and to have a good score on the scoreboard that's what I was focusing and in the end I got some runs," said Pant.

"Personally, if I play for India every inning is important for me. As a youngster, I just want to learn and improve myself each and every day of cricket I'm playing," he added.

Trailing 0-1, Team India will look to level the three-match series when the two teams face off each other in the second ODI to be played on Wednesday in Visakhapatnam.