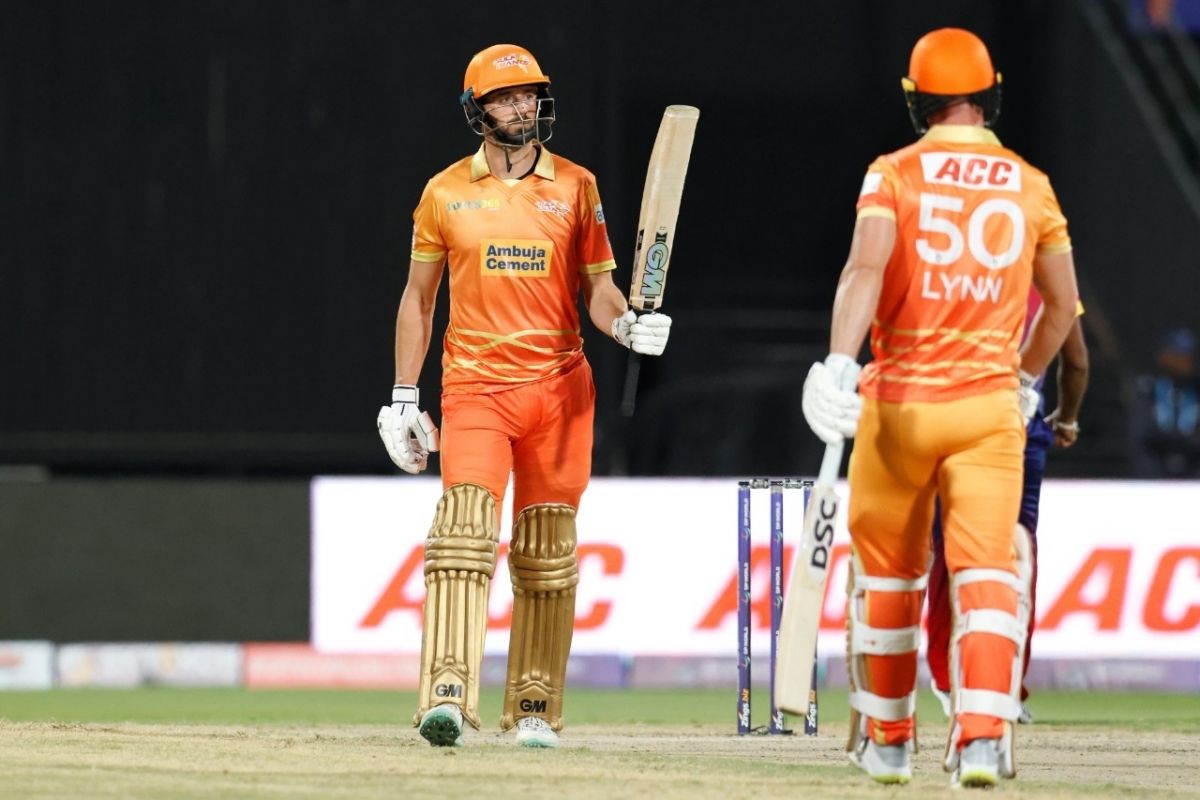 Gulf Giants head coach Andy Flower has heaped praise on Englishman James Vince for his brilliant performances that have been instrumental in sitting pretty at the top of the table with 8 points from 5 games in the inaugural edition of the DP World ILT20.

The Adani Sportsline-owned Gulf Giants have made a rollicking start to their campaign in ILT20.

Ably led by the Englishman Vince, who has been the team's most successful batter so far, Adani's Gulf Giants got out of the blocks at a rapid pace, with the team also ticking off the boxes during the business end of the games.

"Vince's form has been outstanding; he is a high-quality player and he has been pivotal to our success so far. His captaincy has been positive, and Vince has been calm and makes good tactical decisions. And he's led from the front. Also, Shimron Hetmyer has been in great form and he's working hard too in training and he's reproduced that in the games as well. Our bowlers, who are quite experienced too, are doing well under pressure," said head coach Andy Flower.

"The likes of Chris Jordan and David Wiese have been good with the ball for us, and our fielding has been impressive too so far. Adani's Gulf Giants also benefits from the fact that a player like Dominic Drakes is performing well in training and pushing for a spot in the playing XI, so that keeps everyone on their toes," Flower was quoted as saying in a release by the franchise.

The former Zimbabwean captain also spoke about the talented cricketers from the UAE, who are part of the Giants' squad, and said that the local cricketers are in a good space, singling out the young Sanchit Sharma for praise.

"A top-quality tournament like this is brilliant for UAE cricket. Each side has at least 4 UAE players and we''ve seen some great performances from them already, which is good for the domestic circuit here. On our side, Sanchit has been doing well, he's calm under pressure and is a skilful swing bowler, while Aayan Khan's had a tougher time and Ashwanth Valthapa's also had a go. This sort of exposure is really good for these players, and good performances from them can only work well for everyone," the coach said.

Flower, who was a prolific scorer during his playing days, and often led the resistance for the Zimbabwean side, also touched upon the fact that his side has shown the stomach for a fight, an aspect which has left him mighty impressed.

"The players have always enjoyed the challenges that have come their way. It's always great to see the fight from our team whenever there is a tough situation, any coach likes to see that. It is good to see the players enjoy their challenges and battle their way out of situations. That can only augur well for Adani's Gulf Giants team," he signed off.

Flower, who was a prolific scorer during his playing days, and often led the resistance for the Zimbabwean side, also touched upon the fact that his side has shown the stomach for a fight, an aspect which has left him mighty impressed.