If rules of Test cricket are changed, call it 'easy cricket': Ben Stokes 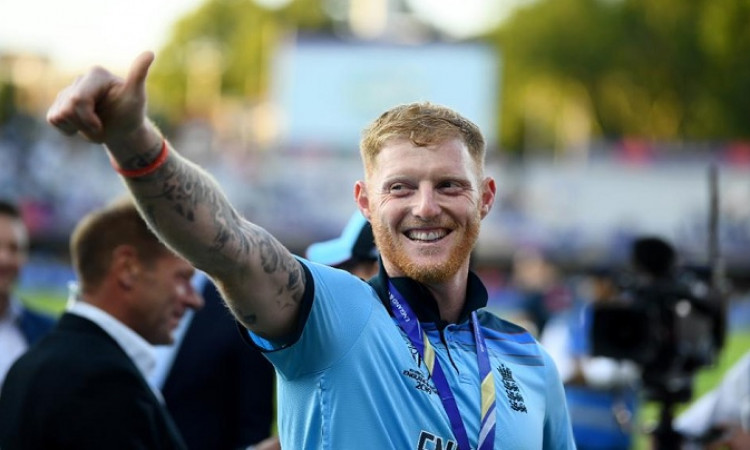 London, April 28: Powerful England all-rounder Ben Stokes on Tuesday said if the rules of Test cricket are going to be changed in future, it should be termed as 'easy cricket' as opposed to the traditional grind, the best of which he showed during the famous Headingley Test in the 2019 Ashes.

There has been a lot of talk around the future of Test cricket with dwindling attendance at stadiums, especially in the sub-continent being a major issue. Reducing the traditional form to four days has also come up for debate among others.

Stokes, who shared an extraordinary 76-run stand with no.11 Jack Leach off which the latter contributed just one run to take England to a series-levelling, one-wicket win over Australia in the Ashes last summer, said Tests are the pinnacle and it would be sad if the format is tinkered with.

"For me Test cricket is the pinnacle. There's been a lot of talk recently about Test cricket dying, but I don't know where that comes from," Stokes said during a chat with Rajasthan Royals spin consultant and New Zealand spinner Ish Sodhi at the The Royals Podcast Episode 5.

"You ask all the players who, or maybe not all the players, but I know the likes of Virat (Kohli) and (Joe) Root have spoken about how Test cricket is where you really get tested.

"It's where you find out what you're really about as a cricketer and for me it is the purest form of the sport. It has to stay around, it would be a sad, sad day if Test cricket was changed. If they are going to change the rules, I think they should call it "easy cricket!" said the 28-year old who has been named the Leading Cricketer of 2019 by Wisden Almanack.

Stokes became the first English cricketer after Andrew Flintoff since 2005 to win the award.

Hosts England won the World Cup for the first time in 2019 and Stokes said the country will always remember the year for cricket.

"In England, 2019 will always be remembered for cricket. I feel that it eclipsed 2005 in terms of what we managed to do for the sport. 2005 was massive, it was a long time ago but it took cricket (in this country) to a whole new level, but I think we managed to take it to another level here," he said.

On winning the World Cup final at Lord's by beating New Zealand on boundaries after a tied Super Over amidst heart-stopping drama, Stokes said: "Sky Sports recently showed a ball-by-ball replay actually, just being able to look back on something like that which we will never be able to take away from ourselves. It's common knowledge that the World Cup was a four-year journey of completely turning around the ODI format thinking for us after the 2015 World Cup, which was a disaster... not my words!"

Jos Buttler and Stokes took 15 runs off Trent Boult's Super Over without losing their wickets.

"I understand Jos, he understands me, we both feed off each other. We didn't have to talk like ‘you do this, I'll do that', we both knew what we were trying to do and I was happy to play second fiddle to Jos in that partnership because of how he was playing," Stokes said.

Asked about the Headingly Ashes Test, Stokes said: "Yeah, that was a good day! It was a bizarre Test match to be involved in given how it went up and down, getting bowled out for 60 and then being so far behind in the game. Being written off as a team, to everyone saying we had a chance on day four, to come out on top in that game was brilliant."

Stokes, like almost all athletes around the world, is staying indoors with the COVID-19 pandemic gripping the world.

"I feel not just for cricketers, but also for other athletes around the world, we still have to prepare as if we are playing in two/three weeks' time, because I don't think you can just sit back and wait for the news that says we are playing again.

"It takes too long to get everything back up and running again. I'm very lucky, one of my sponsors is Red Bull and as soon as the news got out that isolation was happening, they managed to get all their UK athletes the gym equipment they needed. My garage is now a home gym!"