If it were to happen, it would be great: Aiden Markram on South Africa captaincy 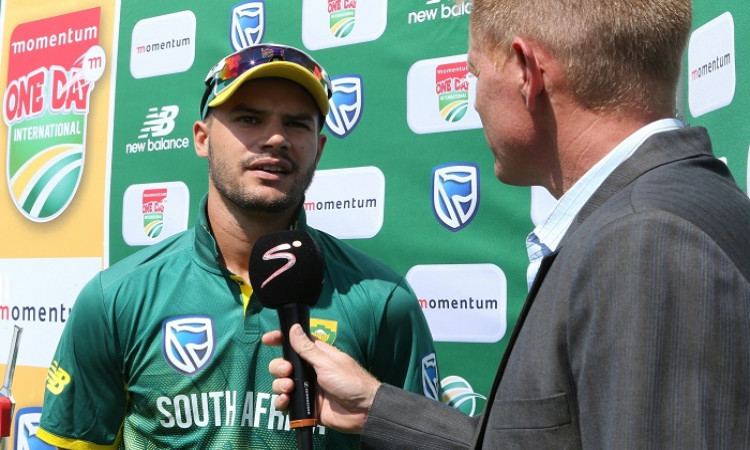 Cape Town, May 18: South Africa cricketer Aiden Markram has thrown his hat into the ring as far as South Africa's next Test captain is concerned, but doesn't wish to get distracted by the thought. Faf du Plessis stepped down from the role earlier this year and the Proteas are currently on the look out for his successor.

When asked about his ambition of leading the team, Markram had a mixed bag reaction. He said while the prospect of leading the national team excites him, he doesn't want to think too much about it.

Also Read: No one knows better than us what it is to play without crowd: Babar Azam

"I have never given captaining my country too much thought," Markram was quoted as saying by sport24.co.za.

"It's always been a shot in the dark for me. But now that my name is in the hat for people who are writing news so to speak, it's nice to be considered.

Markram led South Africa against India in the last five ODIs of the six-match series in 2018 in the absence of Du Plessis and AB de Villiers. The Proteas were thumped by Virat Kohli's troops 5-1 in the series.

Despite going through some tough times as captain, Markram said he likes the responsibility that comes along with the role and will be happy to take it up if it were to come his way.

"From a personal perspective, I really enjoy captaincy and the responsibility associated with it," Markram said.

"I've been able to watch and learn from various franchise captains as well as someone like Faf.

"If it were to happen (being named captain) it would be great, but if not, there are plenty of strong leaders in the group that would definitely take the team forward."