If I can hit sixer with bat, why can't I kill man with sword: Javed Miandad 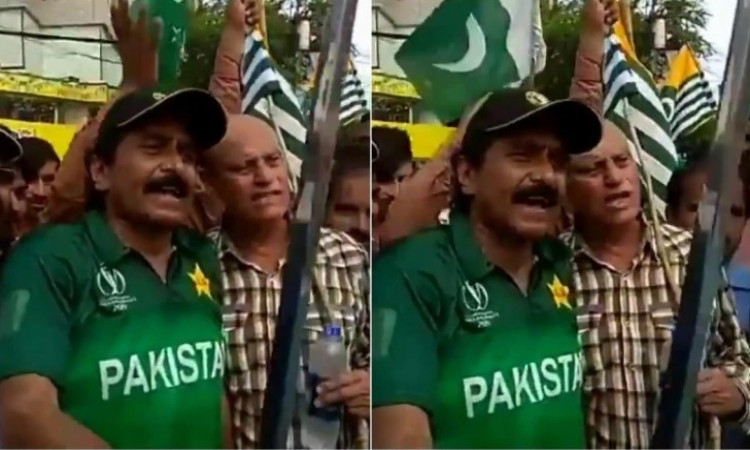 New Delhi, Sep 1:  After Pakistan Prime Minister Imran Khan threatened India of a war over the Kashmir issue, former cricketer Javed Miandad has also spread venom with a video of him going viral on social media.

Claiming to show solidarity with the Kashmiris, Miandad, while wearing the Pakistan cricket team's one-day jersey, is seen in the video saying if he can play with a bat and hit sixes, he can also wield a sword.

"Kashmiri brothers don't worry. We are with you. Earlier I used a bat to hit a six, now I can use this sword," Miandad said in the video while brandishing a sword.

"If I can hit a sixer with a bat, can't I kill a man with a sword," the former Pakistan captain added.

Earlier, Miandad had also said that he will visit the Line of Control (LoC) with other sportspersons from Pakistan who were willing to join him. The former Pakistan captain said that they will hoist a flag for peace at the LoC.

"I will go to the border for peace. I will call all the top people, the sports people and everyone. I will go there and tell everyone about peace. I will go with a peace flag. I will tell people that we want peace and we are with the Kashmiri people," Miandad had said in a video posted on his Twitter handle.

Former Pakistan all-rounder Shahid Afridi had also said that he will soon visit the LoC to "express solidarity with our Kashmiri brethren" following India's decision to end the special status of Jammu and Kashmir and bifurcate the state into two Union Territories -- Jammu and Kashmir and Ladakh.