If Dravid gets BCCI lawyer; why didn't Sachin, Sourav & Laxman?' 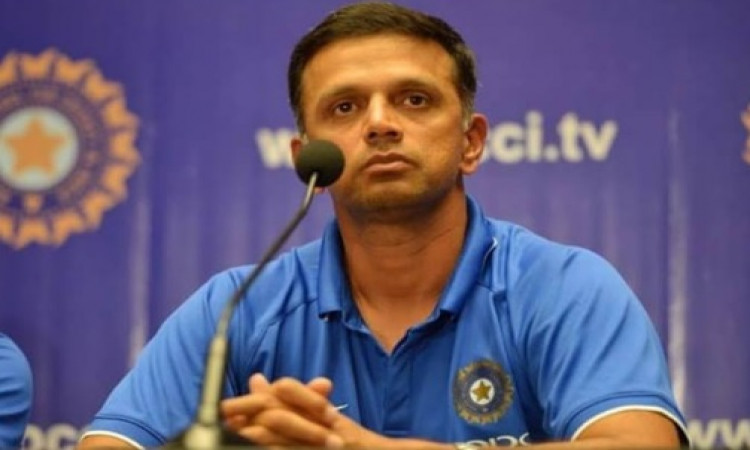 New Delhi, Aug 27. With the Board of Control for Cricket in India (BCCI) Ethics Officer D.K. Jain asking National Cricket Academy (NCA) head Rahul Dravid to depose before him on September 26 over the Conflict of Interest allegations levelled against him, the Committee of Administrators (CoA) decided that the former India skipper's case will be handled by BCCI lawyers. But senior board officials are surprised by the 'pick and choose' treatment of the CoA towards former players.

Speaking to IANS, a senior board official said that if the CoA is looking to get BCCI lawyers to handle Dravid's case, the same approach should have been taken during the conflict cases of Sachin Tendulkar, Sourav Ganguly and V.V.S. Laxman when they had to depose before Jain.

"Don't seem to understand much of the whims and fancies of the CoA to be honest. All former players should stand equal in front of the BCCI. If the CoA has now decided that the board's lawyers will look into Dravid's matter, why wasn't the same approach taken during the matters of Sachin, Sourav and Laxman? Is it because they were in honourary role and weren't direct employees of the BCCI as Cricket Advisory Committee (CAC) members? This is clearly unfair," the official rued.

Another official echoed the sentiments and also brought forward the episode wherein M.V. Sridhar had to resign from his position as General Manager Cricket Operations due to conflict and wasn't provided any lawyer by the board.

"We need a DRS (Decision Review System) for this. Also, going back a couple of years, Sridhar had to resign from his position as he was charged with having conflict of interest and also for failure to report the same. No lawyers, nothing was provided by the board if I remember right, to explain his case. The treatment meted out to the man who gave his all to Indian cricket was shambolic and his passing away a few days later due to a cardiac arrest still haunts some of us," the official said.

A CoA member had told IANS on Monday that Dravid's matter would be taken care of by the board. "We have already given our response (to the Ethics Officer). We will fight the case on Dravid's behalf as he is an employee of the BCCI. Let us see how we go about it as we have already made it clear that Dravid doesn't have a conflict as far as the committee is concerned and that is why he was appointed at the NCA in the first place."

Earlier, Jain had sent a notice to Dravid and asked him to respond to the same after getting a complaint from Madhya Pradesh Cricket Association (MPCA) life member Sanjeev Gupta. According to the complaint, Dravid was conflicted as he had only taken leave of absence from employers India Cements. Jain had clearly said that he would decide on whether to proceed further with the matter or not after the former captain's reply.