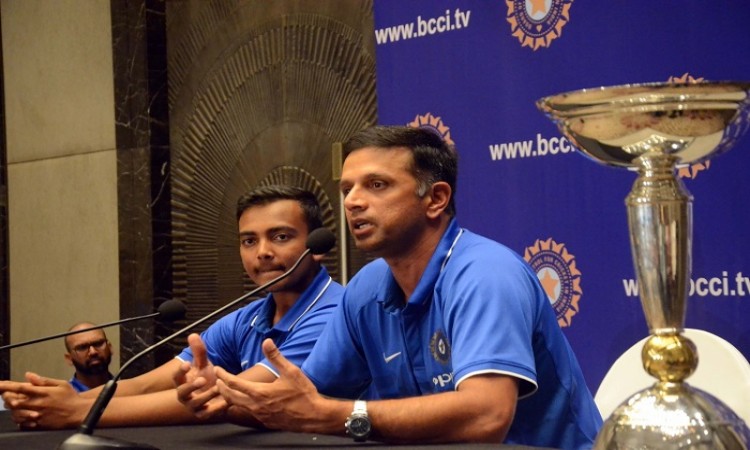 Mumbai, Feb 5 (CRICKETNMORE):  India U-19 cricket team head coach and batting legend Rahul Dravid on Tuesday said the most satisfying part of the World Cup triumph was the process the team followed to reach the top.

"The real satisfaction, in my opinion, is the process that was followed over the last 14-16 months, the whole planning and preparation that has gone into, not necessarily for this World Cup, but for developing the U-19 players," Dravid said after the team's arrival from New Zealand.

"It was great team work, guys behind the scenes, the selectors, NCA, the BCCI setting up games and series. Winning a tournament like this is a good reflection of the team work," he added.

India won all their matches convincingly leading up to the final where they beat Australia by eight wickets.

Dravid though felt the team was not at its best in the summit clash.

"We did not play our number one game in the final, that we played in the quarter-final (versus Bangladesh) and semi-final (against Pakistan). Just the fact that they played the final was an experience," Dravid said.

"I'm really happy that the 15 boys got to wear World Cup medal. They deserve it. It's been a lot of sacrifices, the way they played in the World Cup.

"The way they jelled, the quality of cricket they played -- all these give you a lot of satisfaction. We were under pressure in a few games, but there were people who stood up and delivered," the former India captain added.

Dravid said that the real challenge begins now. "The challenge and the hard work really start from here, we had couple of conversations on it. When we were there they showed a rerun of the 2012 final and I started checking upon a few things.

"It is interesting... the result of the final is India beat Australia but six years down the line only one of those boys has played for India while 5-6 of them went on to play for Australia," he said.

He felt a lot will depend on how the young players are managed. "Talent is there, ability is there, it's about managing themselves, how to deal with pressure and the expectations that will come as U-19 champions," he said.

"It's not easy to get into the Indian side. At least if they become good first class cricketers, from then on it becomes a stepping stone to play for India."

Dravid signed off by advising the boys to quit age-level cricket and take the next step.

"My view is quite well known. I feel that once the boys are good enough they should go on to play men's cricket, especially those who had played first class cricket," he said.

"Five boys from last year's World Cup qualified to play this time. But we made a conscious decision not to pick them as I felt it will be better for them to play U-23 cricket and senior men's cricket."