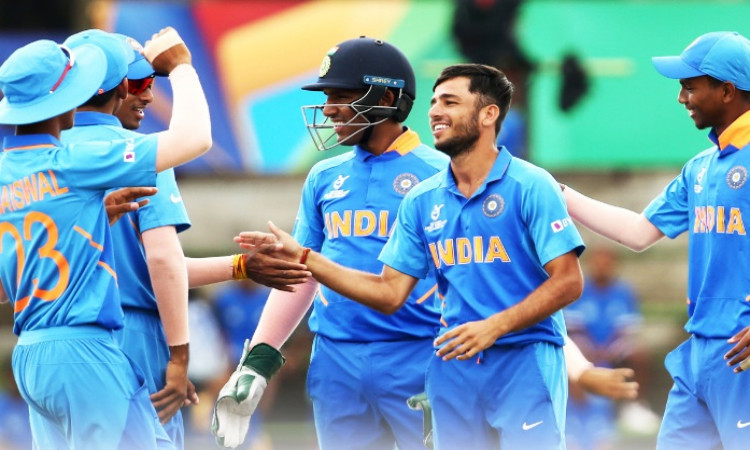 Bloemfontein (South Africa), Jan 25:  India maintained their 100 per cent record thus far in the ongoing ICC U-19 World Cup with a 44-run win over New Zealand on Friday in Bloemfontein.

India reached 103/0 in 21 overs before rains called for a temporary halt to the proceedings. They could only play two overs more on resumption and ended their innings on 115/0 in 23 overs. New Zealand's revised target via the Duckworth-Lewis Method was 192 in the same amount of overs and they ended up being all out for 147.

Also Read: Always look to finish game whenever there is opportunity: Shreyas Iyer

India will now face Australia in the quarter-finals.

Australia entered the quarter-finals with a thrilling two-wicket win over England on Tuesday.

New Zealand made a brisk start in the chase, racing past 50 in five overs, with Rhys Mariu leading the charge. Ravi Bishnoi then gave India their first breakthrough as he dismissed Ollie White in the sixth over.

Fergus Lellman and Mariu then added 30 runs together before Atharva Ankolekar removed the two in the space of 16 runs to derail the Kiwi chase.

While the left-arm spinner added one more wicket to his tally, Bishnoi scalped three wickets in the 18th over before India bowled out New Zealand for 147 to register their third win in as many matches and emerge as group winners.