Dubai, Oct 15 (CRICKETNMORE):  Riding on their impressive show against West Indies in the just concluded two-match Test series, youngsters Prithvi Shaw and Rishabh Pant have made substantial gains in the ICC player rankings for Test batsmen, released on Monday. 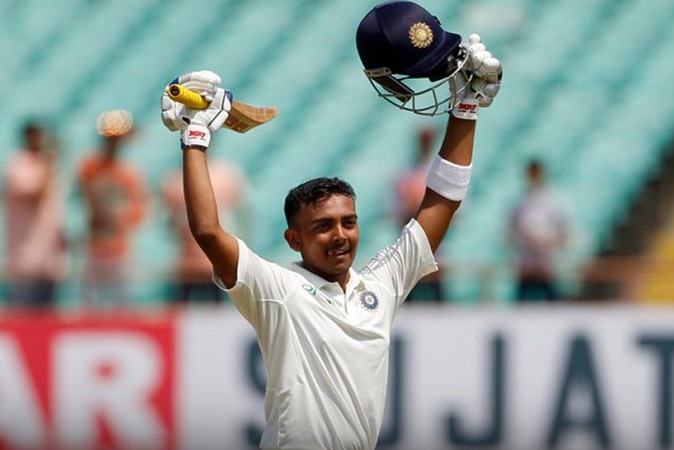 India completely dominated the visitors, winning both the Test at Rajkot and Hyderabad within three days of play.

After a historic Test century on debut followed by knocks of 70 and 33 not out in the second Test, 18-year-old Shaw improved his rankings to be at the 60th place.

Meanwhile, stumper Pant, who scored 92 runs in the first innings of the second Test, vaulted 23 placings to be at the 62nd spot in the charts. The Delhi batsman, who had earlier missed a century after falling on 92 in the first Test, was at the 111th position before the home series had begun.

On the other hand, India skipper Virat Kohli maintained the top spot in the rankings with 935 points, while Cheteshwar Pujara also remains at the sixth spot.

In the bowlers rankings, pacer Umesh Yadav, who bagged ten wickets in the second Test, gained four slots to be at the 25th position. After his ten-fer at Hyderabad, Umesh became the third India fast bowler to claim a 10-wicket Test haul on home soil.

Spinners Ravindra Jadeja and Ravichandran Ashwin remain at the fourth and eighth spot respectively in the bowlers' chart.

Also, after an impressive 5/56 in India's first innings at Hyderabad, West Indies skipper Jason Holder jumped four places to be at a career-best ninth position among bowlers.

In the team rankings, India remains static at the first place with 4397 points and is followed by South Africa and Australia at the second and third place respectively.