New Delhi, June 5 (CRICKETNMORE):  The International Cricket Council (ICC) has raised eyebrows by posting an illustration of India skipper Virat Kohli sitting on a throne with a crown on his head and a bat in hand on Twitter. The picture has seen some cricket fans fuming as they feel that such a post of one captain when all ten teams are fighting it out for the coveted World Cup gives out a wrong impression. 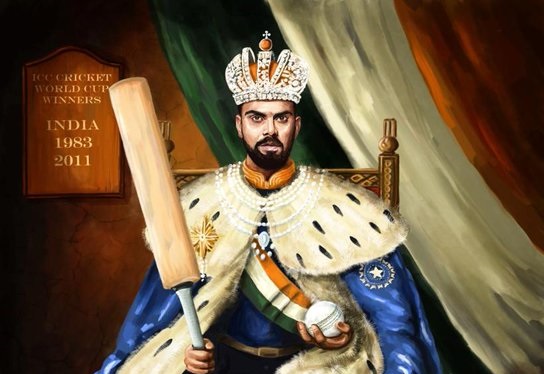 One of the fans wrote: "The @ICC and the @BCCI must get a room." Another one wrote: "BCCI ownes ICC clearly....(sic)." Another India fan also made his displeasure clear when he wrote: "ICC acting like Indian team fan. BCCI > ICC (sic)."

Earlier, the fans had trolled the ICC for keeping them waiting to see their favourite stars in action as Team India are playing only their first game of the tournament on Wednesday while some teams have played two games already.

Former India skipper Sunil Gavaskar was also not impressed as he wrote in TOI: "The internal issues at BCCI probably didn't allow the officials to have a close look at the schedule before it was firmed up, else they would have noticed that India, one of the top draws of the event, were going to play their first game well after almost every other team would have played their second one. Going in cold against good teams is never easy."

But Kohli said: "It is a bit of an advantage in terms of understanding how the games have gone, what the conditions have to offer, what the overcast conditions bring into play.

"When you see other teams playing and what the approach is, from that point of view we would say that we have a lot of positives we can take out of starting late."