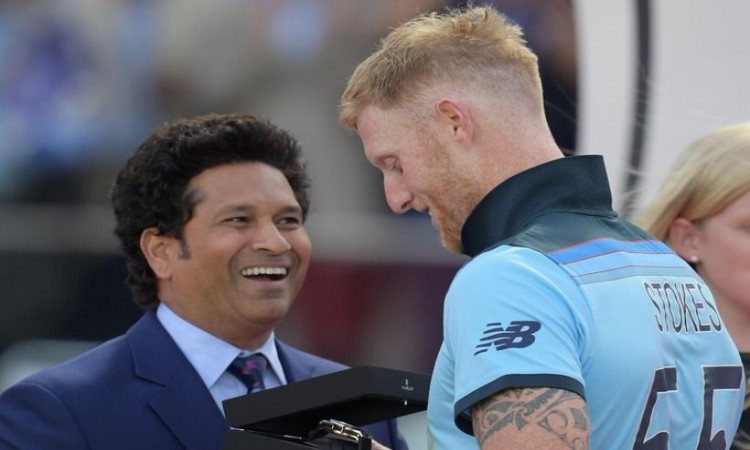 Mumbai, Aug 28: Ben Stokes' heroics helped England script an improbable win in the third Ashes Test at Headingley and the International Cricket Council once again started a debate on social media by calling the all-rounder the greatest of all. The move didn't go down well with Sachin Tendulkar's fans.

ICC's official Twitter handle had posted a picture of Stokes with Tendulkar and captioned it, "The greatest cricketer of all time -- and Sachin Tendulkar" after the Durham cricketer starred for the hosts with an unbeaten 84 in the World Cup final in July as England lifted their maiden crown.

Also Read: Shane Warne lashes out at Matt Prior for mocking Nathon Lyon

On Wednesday, ICC shared the picture once again with caption, "Told you so".

This did not go down well with Indian cricket fans who swear by cricket legend Tendulkar.

"Just that you are saying so don't think that we are going to believe. Greatest cricketer of all time is Sachin, rest everything starts after him in cricket world. Did you get it?" tweeted another fan.

Stokes played an epic knock when he hit an unbeaten 135 to help England snatch victory from the jaws of defeat in Leeds.

England started the fourth day looking to prevent Australia from retaining the Ashes. They got to 286/9, still needing 73 runs for an improbable victory in their chase of 359.

But World Cup hero Stokes joined hands with No. 11 batsman Jack Leach and did the unthinkable by smashing eight sixes to all corners of the ground and helped the Three Lions level the fire-match series.