Ian Bell To Retire From Professional Cricket After 2020 Season 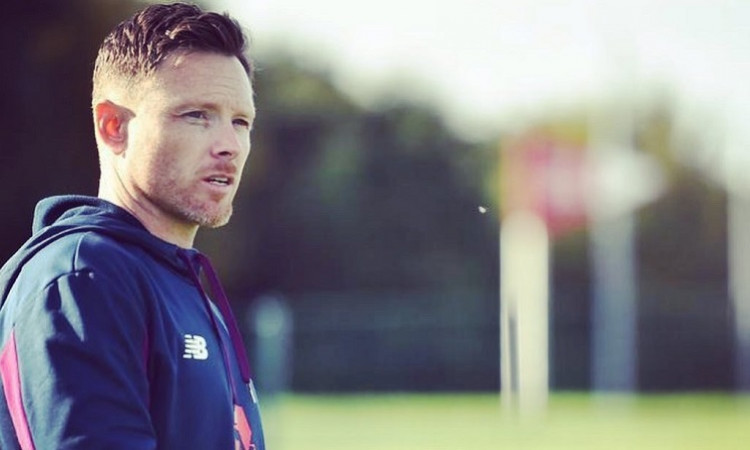 Veteran England batsman Ian Bell on Saturday announced that he will be retiring from professional cricket at the end of the 2020 season. The 38-year-old last played for England in 2015 but he has been a regular in the County circuit playing for Warwickshire.

Bell, however, missed the entire 2019 season with injury and has struggled for runs this year. "It's with enormous sadness, but with equal pride, that I am announcing my retirement from professional cricket. Tomorrow will be my final red ball game and next week I'll play my final T20 match," Bell said in a statement that he released on his social media handles and was carried on the England and Wales Cricket Board's (ECB) website.

"While my hunger and enthusiasm for the sport I love remain as strong as ever, my body simply can't keep up with the demands of the game to the standard of which I expect from myself," he said.

"It's been an absolute privilege and honour to fulfil my boyhood dream of playing for both England and Warwickshire. As a child, to play just once for either would have been enough for me, but to do so for the past 22 years is more than I could have ever wished for.

"To have been part of an England Test team to reach number one in the world, to win five Ashes Series, one of which as Player of the Series, and an away Series in India is some return for a young lad who simply dreamt of batting at Edgbaston.

"I would also like to thank the overseas Franchises I had the privilege of playing for too: Perth Scorchers, Islamabad United and Dhaka Dynamites. Winning The Big Bash with the Scorchers was one of the highlights of my career, while the friends and experiences I had of playing in the PSL and BPL will stay with me forever."

Bell hinted that he might consider embarking on a career in coaching. "Spending last winter coaching England Young Lions has added fuel to my already sizeable coaching ambitions so I'll hopefully continue to be heavily involved in the sport, but in the meantime I'm looking forward to chatting and meeting you all as a fellow fan of the sport we love," he said.

Regarded as one of the greats in England's recent history, Bell retires as their third highest run scorer in ODIs. He scored 7823 runs, maintaining an average of 47.99 across 97 Tests and 5416 runs at an average of 37.86 in 161 ODIs. He was England's all-time highest run scorer in ODIs before current captain Eoin Morgan and later Joe Root overtook him.

Bell was an integral part of the England Test team that reached no.1 in the ICC Test rankings in 2011 and one of only three men to have won the Ashes five times. He retired from ODIs in 2015 and last played in a Test match against Pakistan in Sharjah in November that year.