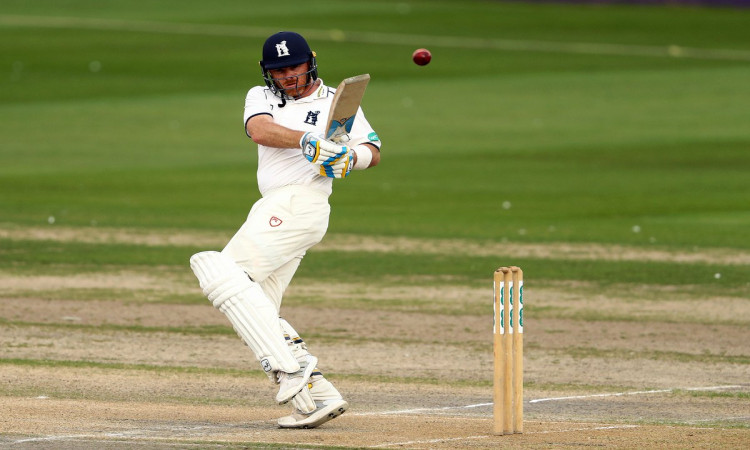 London, Aug 1: Former England batsman Ian Bell will not feature for Warwickshire in the remainder of the County Championship season due to a tendon issue in his left knee.

Bell, who was in the advanced stages of a return to action following a foot injury sustained during the Pakistan Super League, reported a knee concern following the Second XI Championship game with Lancashire.

Also Read: Virat Kohli has right to say who he wants as coach: Sourav Ganguly

"Ian will need to have several injections, which rules him out of action for six to eight weeks and effectively ends his season," Paul Farbrace, Sport Director at Warwickshire was quoted as saying by the official county club website.

"It's extremely frustrating for us, and for Ian, that another injury has happened when he was extremely close to a First Team return.

"Over the last couple of weeks our medical team has been regularly assessing the condition of his left knee, and we have also been supported by sports injury specialists in London," he added.

The Sport Director further said: "Whilst we are naturally disappointed to lose a player of Ian's immense talent, one of the positives of 2019 has been the way in which our young, homegrown players have fought in recent weeks. They will continue to be given the opportunity to develop and thrive as we continue our Vitality Blast campaign and fight to retain our place in Division One of the Specsavers County Championship."

Bell had scored 1,027 runs last year earning Warwickshire a promotion to the first division and it will be for first time in 20 years -- since he joined the club as a 17-year-old in 1999 -- that he will miss the complete season.